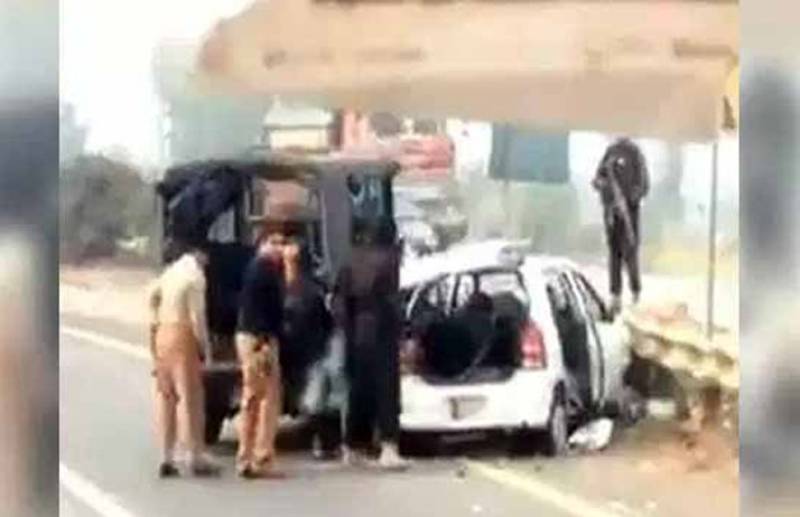 LAHORE - The Lahore High Court ordered a sessions judge on Thursday to appoint a magistrate for conducting a judicial inquiry into the Counter Terrorism Department's Sahiwal shootout and furnish a report within a month.

A two-judge bench headed by the Chief Justice Sardar Muhammad Shamim Khan heard a petition seeking the formation of a judicial commission to conduct a probe into the  Sahiwal incident in which CTD personnel had allegedly killed four people including a teenage girl.

During the hearing today, the state lawyer informed the bench that statements of seven witnesses have been recorded. The bench inquired if the joint investigation team (JIT) had recorded the statements of the people named on the list given by the court.

However, when the JIT chief Ijaz Shah failed to give a satisfactory answer, the bench expressed displeasure over his lack of preparation.

"How about we issue you a notice saying that you did not act upon court's orders?" the judge remarked.

The court then ordered a judicial inquiry into the incident that had sent shock waves across the country and adjourned the proceedings for a period of two weeks.

A slew of petitions seeking the formation of a judicial commission have been filed in the high court by family members of victims and other lawyers.

Punjab Chief Minister Sardar Ahmed Buzdar had earlier clarified that there was no need of a judicial commission as the JIT was already conducting the probe.

Investigations were being carried out by a joint investigation team transparently into the Sahiwal incident and on this stage, formation of the a judicial commission was not needed, Buzdar had elaborated after meeting Prime Minister Imran Khan.

Khalil, a resident of Lahore’s Kot Lakhpat area, his wife Nabeela, their 13-year-old daughter, and their neighbour, Zeeshan, were on their way to a wedding in Burewala when they were killed near the toll plaza on GT Road in the Qadirabad area last month.

Three children in the car survived. Khalil and Nabeela’s minor son sustained a bullet injury while their two other daughters remained unhurt.

The killings laid bare the operational inefficiency of the law enforcers as one of the three surviving children who were witness to the episode denied the official version in a video that went viral on social media.