Indian forces killed 90 in IOK amid wide-spread protests in 2016: HRW 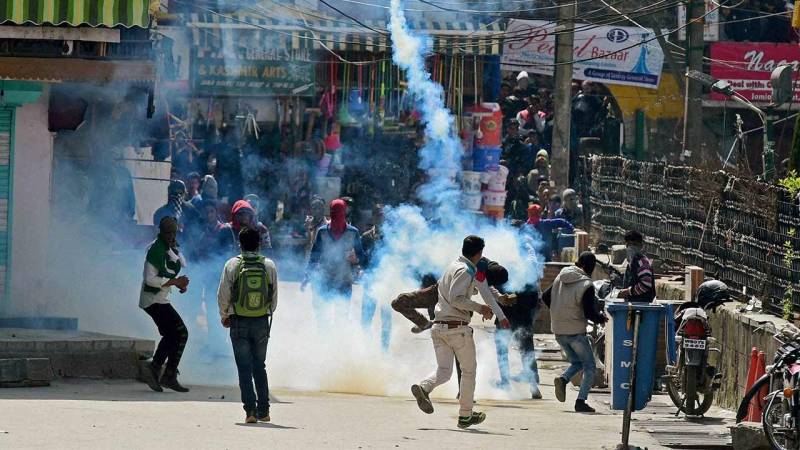 According to Kashmir Media Service, the Global rights watchdog,   HRW in its ‘World Report 2017’ said that protests erupted in July 2016 after the killing of Burhan Wani and two other members of Hizbul Mujahideen in Indian Occupied Kashmir.

It said that in all, over 90 protesters were killed and hundreds of others were injured fueling further discontent against Indian forces.

The report said that the Indian Central Reserve Police Force, a paramilitary unit, defended the use of shotguns that fired pellets and resulted in hundreds of eye injuries, even as it told the Jammu and Kashmir High Court that “it was difficult to follow the standard operating procedure given the nature of the protests."

It said that at least 32 schools perished and several were taken over by Indian paramilitary forces that set up temporary camps inside.

The HRW report also mentioned that in August 2016, the UN High Commissioner for Human Rights, Zeid Ra’ad Al-Hussein, expressed regret at the failure of Indian authorities to grant his office access to occupied Kashmir for a fact-finding visit.

In the 687-page ‘World Report’, its 27th edition, Human Rights Watch reviews human rights practices in more than 90 countries and the report pertaining to Indian Occupied Kashmir has revealed the flabbergasting figures of casualties amid wide-spread protests in the restive region.

Pakistan has been constantly raising its voice against Indian oppression and deaths in the valley but India consistently denied such figures and allegedly tried to hide the catastrophes in the area.