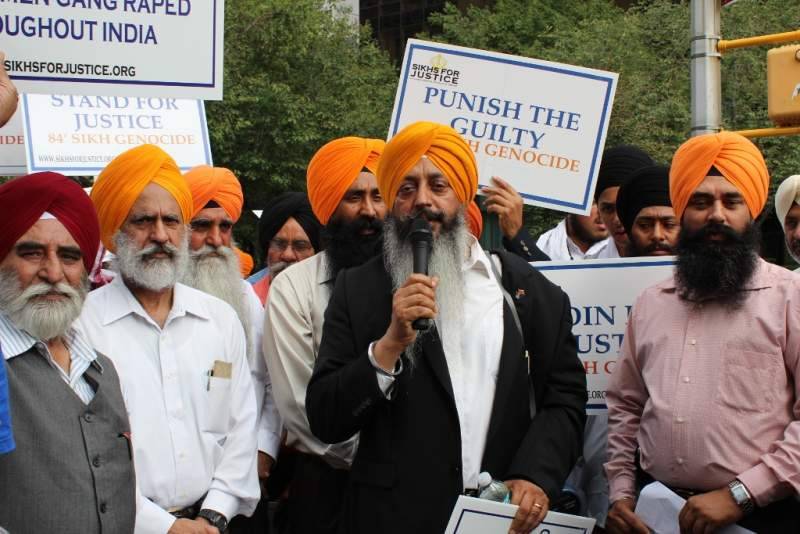 LAHORE/NEW YORK — Sikhs For Justice (SFJ) on Sunday condemned the involvement of Indian intelligence agency RAW’s on the attack on Chinese Consulate in Karachi and offered Rs1 million to the families of the security personnel killed in Nov 23 attack.

In a letter written to Chinese Ambassador, Yao Jing, the international advocacy group and pro-Khalistan organization has accused India of constantly trying to sabotage regional peace for over three decades.

"For the last three decades India is working to disturb the peace, security, and stability of the region involving China, Afghanistan, and Pakistan through waging proxy wars and unleashing terrorism in foreign lands," the letter reads.

"India is not only sponsoring terrorism in foreign countries to discredit  Pakistan but domestically also it is violently crushing democratic movements for the independence from Punjab to Kashmir," it added. 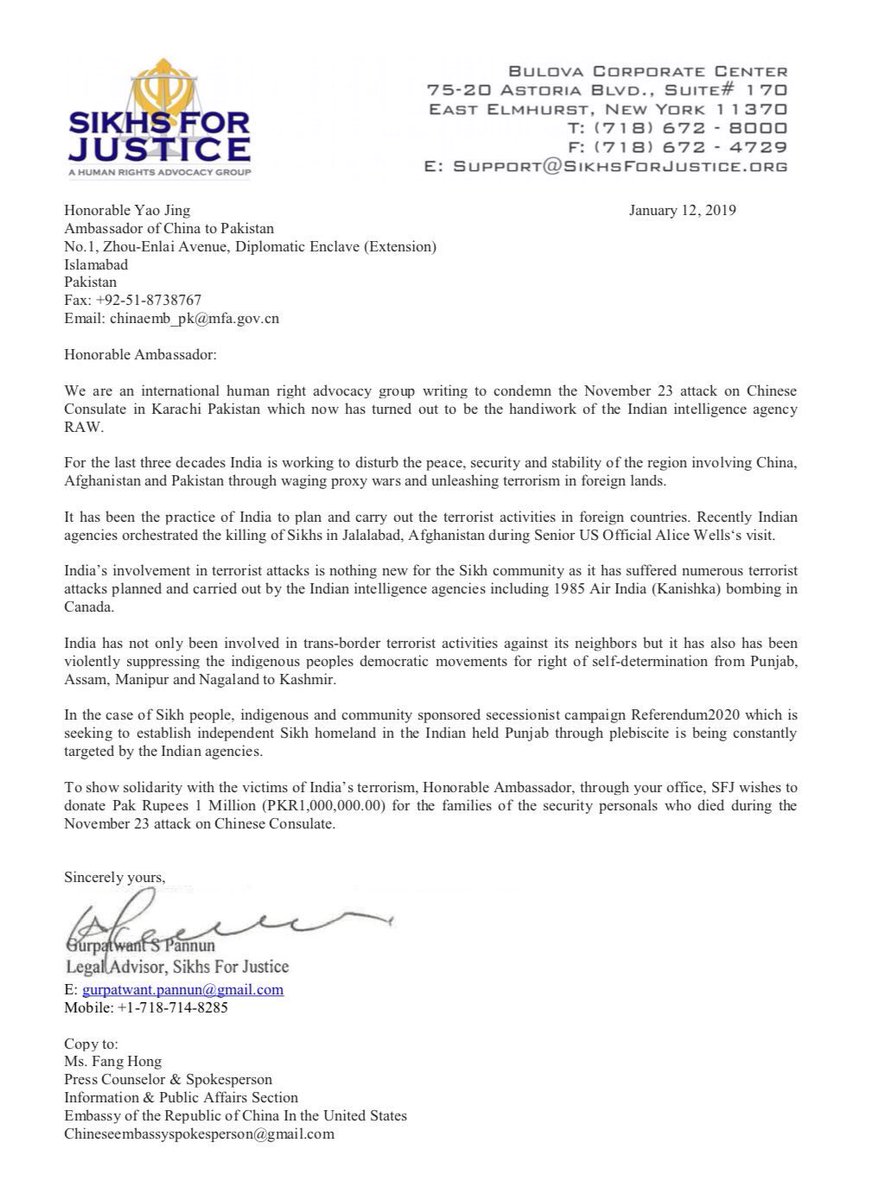 Meanwhile, to show the solidarity with the victims of India's terrorism, the human-rights organization offered Rs1 Million for the families of the security personnel's who died during the November 23 attack on Chinese Consulate.

Shaikh said the attack was executed by members of the banned Balochistan Liberation Army (BLA) with support from the Indian intelligence agency.

“The attack was planned in Afghanistan and weapons for the attack were transported from Quetta to Karachi through train service and kept in a house in Baldia Town,” he added.

Additional IGP Amir Sheikh said they have arrested five facilitators belonging to the banned BLA for the attack that killed four persons, which he said was carried out to create a rift between China and Pakistan and to sabotage the China-Pakistan Economic Corridor (CPEC).