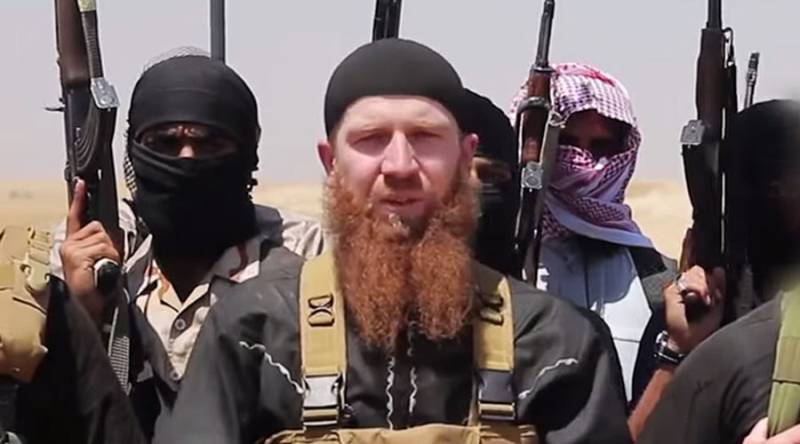 MOSUL - The Middle East based Islamic State militant group has confirmed that its top commander Abu Omar al-Shishani, who was dubbed as minister of war of the organisation by the United States, was killed in combat near Iraq's city of Shirqat.

However, the Amaq news agency, which regularly publishes pro-ISIS content, did not share any further details about the expedition which resulted in al-Shishani's death. Several other militants were also killed in the same fight.

Later on, some IS supporter also exchanged notes of praise and messages of condolence on social media networks, along with a picture of al-Shishani. They further pledged to launch a fresh offensive in the honour of their leader.

Meanwhile, the United States military officials at the Pentagon said that they were aware of the report on this development but could not confirm or deny it immediately.

The Iraqi government also said that some sources in Shirqat had confirmed the death of al-Shishani, however, the information could not be verified independently.

Earlier in March this year, the Pentagon claimed that al-Shishani was killed in a US air strike in Syria, but the militant group dismissed the report. This is the first time the group has confirm his death.

The news came at a time when the Iraqi forces are advancing towards Mosul for a final combat against the Islamic State group after retaking the city of Falluja. The United States has also announced to send additional 560 troops to Iraq to assist the forces in the fight.

In a statement released after Falluja's victory, Iraqi Prime Minister Haider al-Abdi vowed to regain the city of Mosul, the largest Iraqi city occupied by ISIS militants, from the Islamic State group by the end of this year.