Shahid Afridi to be remembered as hero or villain? 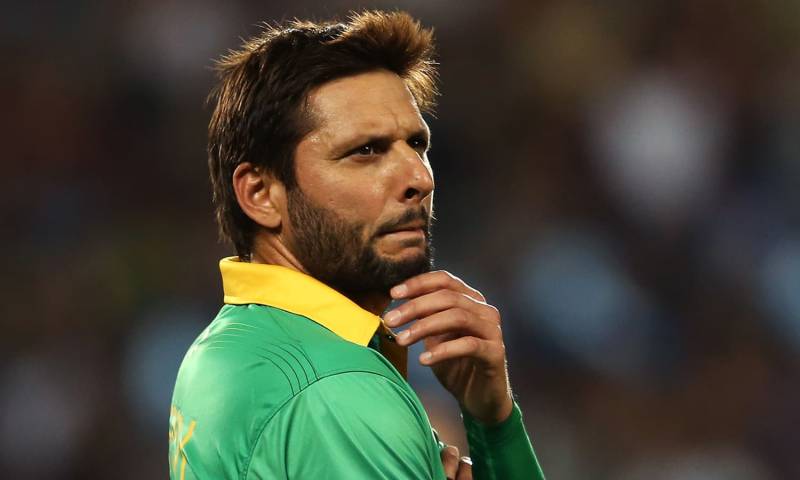 Shahid Afridi is by far the most popular Pakistani Cricketer at the moment but he is probably the most hated by some people when Pakistan team loses. During his 20-year career he has been labelled as hero and villain many times but his last tournament will determine if he will be hero for rest of his life or villain for eternity.

Since Imran Khan, no Pakistani captain has finished with a win, so Afridi has a chance to repeat the heroics. He will have to repeat his performances which he showed in the 2009 World T20 in which he was man of the match in both semifinal and final. He will have to lead from the front instead of asking others to perform.

The captain of Pakistan’s T20 team Shahid Afridi is on the verge of retirement and has expressed the desire to end the career on the high note, but he will have to answer the critics by performance instead of labeling their questions as cheap. Like he did few months back when he was asked about bad captaincy record.

The Cricketer nicknamed 'Boom Boom' has a bad record as T20 captain but the fact remains that he can beat any team on his day. He has done this in the past by winning so many matches for Pakistan but he will have to be cool and calm for that.

Afridi has vowed to end his career by winning the 2016 World T20, but Pakistan’s T20 form is steadily declining. First England defeated Pakistan 3-0 in T20 series in United Arab Emirates (UAE) and then New Zealand, who will be in Pakistan’s Group in the tournament, defeated them 2-1 in New Zealand. Pakistan team were knocked out in the group stage of the Asia Cup losing to India and Bangladesh. Both of them will also be in Pakistan's group in the World Cup.

Pakistan has played 39 T20 Internationals under Afridi’s captaincy. They have won only 18 of them which means that Afridi has less than 50% success as captain. That is even worse than Peter Borren of Netherlands and William Potterfield of Ireland, even though they are captains of associate teams.

Afridi has played 94 International T20 games and has the experience, so he must know the things which should be done to bring the team back on the track. He said that he is satisfied with his performance in New Zealand but he took just 3 wickets and scored just 38 runs. He will have to bring back the Afridi who used to score fifties instead of giving these below-average performances.

There will be even more pressure on team and him as the captain because of security issues, but he believes they are loved in India more than in Pakistan. That statement was given by him in India so he might be trying to win hearts of the Indian fans, but real effort would have to be done on the ground.