Hardees: A case of vulgar burgers and objectionable buns 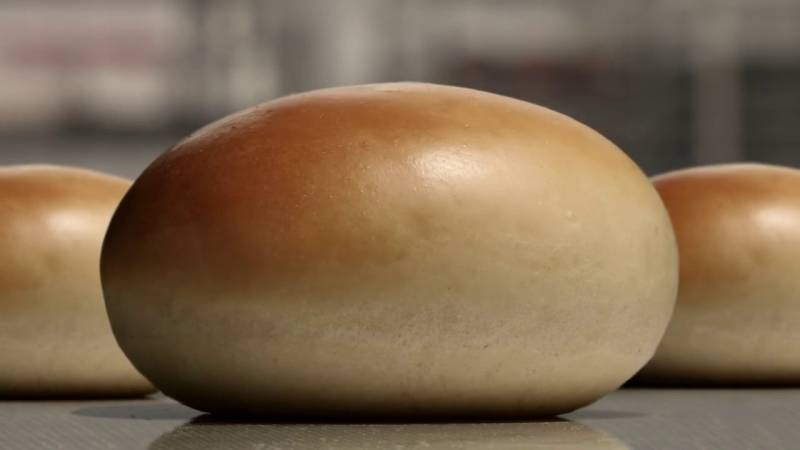 ISLAMABAD: Hardees Pakistan recently called a press conference to respond to the recent public outcry over their advertisement campaign in Islamabad.

Over the past year, the international fast food franchise has been resoundingly criticized for its “vulgar” billboard advertisements, which feature prominently along main thoroughfares in all major cities.

Many have questioned the fast food chain’s motives behind this most recent series of billboard advertisements, released in the holy month of Ramadhan.

“They lure the youth in with seductive pictures of buns and meat, and after that there is little we can do to save them.” he announced, at a press conference in front of his house which was broadcast nation-wide.

“That banner at Centaurus is so enticing, sometimes even I can’t help myself,” the cleric added, holding up a nearly finished Angus Thick BurgerTM to the sound of horrified gasps in the audience.

Over the past week, his comments have inspired protestors at rallies in front of different Hardees outlets across the country.

At a press conference arranged yesterday to respond to the public outcry, a spokesperson of Hardees Pakistan highlighted the damage to the brand caused by the continued protests.

“Valuable customers have been exhorted by angry mobs to ‘resist their urges’ and have been forcibly turned away from our outlets. Our billboards have been defaced and black strips of paint now cover all the allegedly objectionable bits,” he said gravely. “This is a sad day for freedom in this country.”

In response to the charge of promoting vulgarity with food advertisements, the Hardees spokesperson cried out, “What would you have us do then? Wrap our burgers up in burqasand chaddors? This is the 21st century, remember.”

Defending the fast-food chain against the further charge of surgically enhancing the food in its advertisements, he explained: “It may look too good to be true, but it is all 100% natural corn-fed American meat.”

Finally, in response to a question about whether Hardees would respect cultural sensitivities in future advertisements, the spokesperson insisted that it was time to do away with such patriarchal barriers.

“Food has been kept locked up at home for centuries now. Shamed and persecuted for the perfectly legitimate urges it causes within us.”

“Now we can ban certain irresistible foods, just like Saudi Arabia has banned bananas and cucumbers.

“But is that really the way forward?” he asked, over the audience’s uneasy cries. “Shouldn’t we instead accept these natural urges as part of life and let our food be free, even if it may sometimes break our wudhu?”

Members of the press were then presented with complimentary Mushroom and Swiss Cheese Thick BurgersTM, which they decided to swallow whole to protect from the covetous eyes of others.

“Hardees Pakistan misunderstands the God-ordained relationship between a man and his food. You see, it is perfectly halal for a man to gorge himself and then spend some hours lazily licking his fingers, as long as he is in the privacy of his home,” he explained with a faraway smile.

“But to lust over desirable pictures of food so openly? No, that is not permitted,” he added.

Shortly after Maulana Jamshed’s televised sermon had ended, a fresh wave of public outrage was directed towards all main outlets of the Hardees franchise.

This was followed by a rushed announcement by another Hardees spokesperson.

“After taking public sentiment into account, our burgers will now be draped appropriately in all our photo shoots.”

“These items will, however, be available through a discreet home delivery service,” he added.