"There is no such thing as climate change," - A beautiful lie. 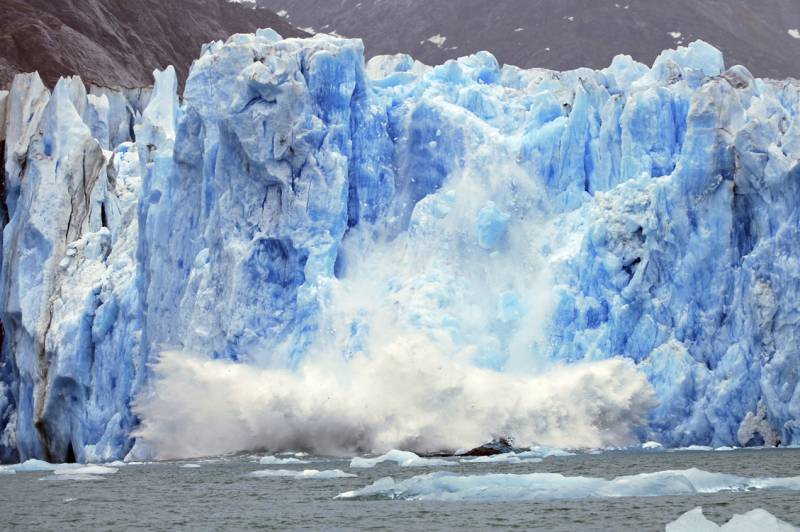 A paradise that has been degraded and destroyed. Man may be unwittingly changing the world's climate through the waste products of its civilization. The burning of coal, oil and wood is releasing carbon dioxide into the atmosphere. The greenhouse effect has been detected and it is changing our climate now. Guess where the temperature goes? It goes up. Climate change is already in our backyards.

Climate change is a rising danger for our planet, and Pakistan is already facing the brunt. The Super Floods of 2010 and the typhoons of 1999 and 2007, are dreary indications of the way that we are going to be tested by environmental change.

It is said that “Coming events cast their shadows earlier.” Scientists of the world, in government as well in the private sector, under the umbrella of Inter Governmental Panel on Climate Change (IPCC) have confirmed that the climate of the Earth has undergone a significant change over the last 150 years or so. The most significant manifestation of this change is Global Warming i.e. rise in temperature of Earth. According to them, 1990 was the warmest decade and 2005 the warmest year on record since 1860. As a consequence, glaciers are melting/ retreating, sea levels are rising, more frequent storms and extreme weather events are taking place.

There is broad consensus by scientists that this change is a consequence of human activities, primarily burning of fossil fuels and deforestation due to population explosion, industrialization and urbanization. These human activities produce green house gases (GHG) mainly carbon dioxide (CO2), methane (CH4) and nitrous oxide (NO2) which trap heat inside the atmosphere and warm the surface of the earth. It is said that Earth has warmed by over 0.740 C in the last 100 years. Warmer surface temperatures heat the oceans, melt ice sheets, and alter weather patterns across the globe. As a result, sea levels rose globally by 10-20 millimeters during the 20th century and snow cover has receded by 10% since 1960, with a 5- kilometer retreat in alpine and continental glaciers. The situation is so serious in the Arctic, where the ice cover has retreated faster than the global average, it is predicted that the summers in the North Pole will be ice free within 100 years. 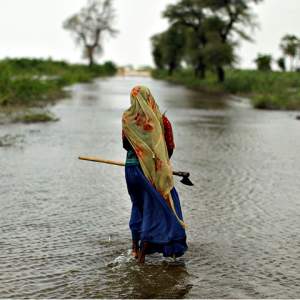 It is observed that impact of any calamity is much more adverse if it strikes suddenly. However, if there is awareness and preparedness, its impact is much reduced. Let's now look at this observation from an angle which affects Pakistan. Sindh being the lowest riparian region of the Indus River System, will see its water availability affected the most due to melting of glaciers, cultivation due to less water, delta due to no supplies of water, coast due to sea level rise. Creating awareness about these impacts is like reducing misery and preparing people for calamity.

Maybe the greatest security risk confronting Pakistan today is the likelihood of environmental change and ecological variables destabilizing Karachi, which is viewed as the nation's financial spine. With a populace of roughly 17 million individuals, the city pulls in very nearly a million immigrants consistently because of its immense pool of work openings, according to a report by Express Tribune. Karachi is also Pakistan's principal port city, and accounts for 42 percent of its total GDP. It produces about half of the nation's tax revenue, and houses its stock trade, national bank, and the priciest land in the nation, according to the CEO of real estate portal Zameen.com.

Karachi is also near the Indus River Delta, where the Indus streams into the Arabian Sea. Because of rising ocean levels, the delta is currently nearly at-level with the Arabian Sea. This undermines the strength of the ecosystem since it promotes land disintegration and expands the saltiness of creeks spilling out of the Indus, resulting in an unfriendly situation for amphibians and mangrove trees that rely on fresh water. Ocean interruption can bring about transitory and changeless flooding to vast land ranges, adversely affecting nearby ecosystems and fresh water supplies that villagers depend on for sustenance security and drinking water. 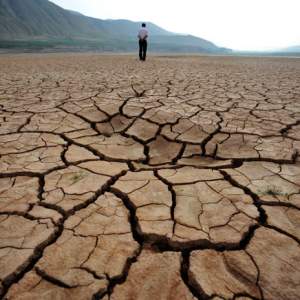 Pakistan's economy is primarily agrarian. From 1949 to 1950, Pakistan's agricultural sector was in charge of 53 percent of the total GDP. By 1980 to 1981, this number had dropped to 31 percent; lately, it has fallen much further to 21.4 percent. Among different variables, specialists blame the drop on expanded surges and dry spells. The decrease in agricultural commitments to national GDP has hindered the monetary development of the nation. As indicated by leading financial analyst Ishrat Hussain, the economy developed by 2.9 percent for each year in the most recent five years, yet it could have surpassed an anticipated rate of 6.5 percent if flooding had not brought about monetary and human misfortunes.

As per a report distributed by the U.S. Department of Defense, "environmental change will intensify worldwide instability, representing an immediate threat to national security." Among different elements, the report recognized strained water supplies because of dissolving glaciers as a component that could trigger instability. Pakistan is the the 6th most crowded nation on the planet, and is as of now not able to take care of the developing water demand. The flooding and droughts destroy billions of dollars of yields each year, increasing the rates of inflation and unemployment. Notwithstanding the water deficiency, the long-term damage to fields and products will prompt to nourishment shortage. On the off-chance that this continues, Pakistan will not be able meet the demands of its populace, which is developing by about 2 percent every year.

What can be done? Pakistan ought to draw advantage from the Green Climate Fund, made by the United Nations Convention on Climate Change (UNFCCC) in 2010 for reducing greenhouse gas discharges in 3rd world countries and helping them set up climate-resilient tasks.

We also need to bring out the soul of self improvement. However, rather than swinging to renewable energy sources like daylight, wind, geothermal warmth and so forth, the government has expedited work on coal power projects and nuclear power plants.

Taking eco-accommodating initiatives is also extremely essential. Speaking of which, ventures like the Billion Tree Tsunami will help a great deal. Movements like 'Save The Forests' should be encouraged. Planting trees on both sides of the streets and avenues will add a huge number of more plants to the current ones. Therefore, more carbon dioxide will be expended and higher generation of oxygen will occur.

Facilities like the metro-bus service and mass transit trains in real urban areas of the nation will advance utilization of public transport. That way the utilization of private vehicles will be decreased which is useful for both money related and ecological reasons. Why not likewise advance cycling that is both a sound practice and a method for transport? These are just some areas that should be looked at by the people who can make a change - and have the cards in their hands.

We pray for the rain

To believe to believe

I don't want to say goodbye

I don't want to say goodbye

Stars falling from the sky

Stars falling from the sky