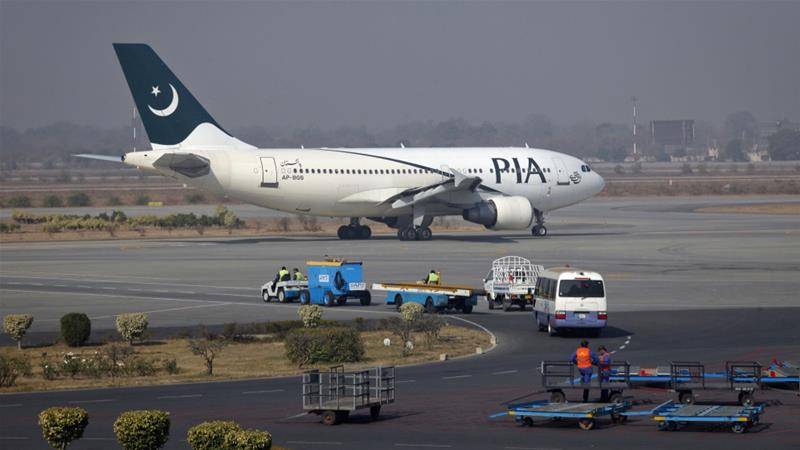 ISLAMABAD - Pakistan Civil Aviation Authority (PCAA) Saturday issued a formal NOTAM (Notice to Airmen) about suspension of international flight operations from and to five airports including Multan, Peshawar, Sialkot, Quetta and Faisalabad as part of safety measures against the Coronavirus.

“International flight operations to/from Multan, Peshawar, Sialkot, Quetta and Faisalabad will remain suspended with effect from Saturday, March 14, 2020, 0700 UTC/1200 PST and until further orders in this regard,” the authority said in a NOTAM.

However, the international flight operations would only be permitted from Karachi, Islamabad and Lahore Airports in accordance with the established flight schedules and requests for additional/extra section flights would be dealt with, “by the respective airports as per policy and availability of slots.”

It said the government and PCAA were taking all possible measures to help the national cause in prevention of the COVID-19 (Coronavirus) in “the emergent national circumstance.”

The authority had placed concrete measures at all airports and strengthened Standard Operating Procedures to deal with the issue in an efficient way.

Meanwhile, the authority planned to operate around 71 flights from and to Saudi Arabia each for transportation of approximately 39,980 passengers after the Kingdom suspended the entry of certain types of passengers to the Kingdom of Saudi Arabia with 72-hour time limit, effective from March 12 – 1529 hours KSA standard time.

The Pakistan International Airlines, Airblue, Saudi Gulf, Saudi Arabian and Fly Nas would operate 71 flights to take around 18,843 passengers to Saudi Arabia, and the same number of sorties would be made to bring around 21,137 passengers to Pakistan from the Kingdom.

The authority said the airline operators from the both states had requested the Kingdom to extend the time limit for another 72 hours, till March 18.

“The suspension applies to entry into the Kingdom of Saudi Arabia and does not apply, as per the circular, to the flights intending to return citizens of the countries mentioned therein back to their countries, also cargo flights and the flights intended to carry health practitioners,” the authority said.