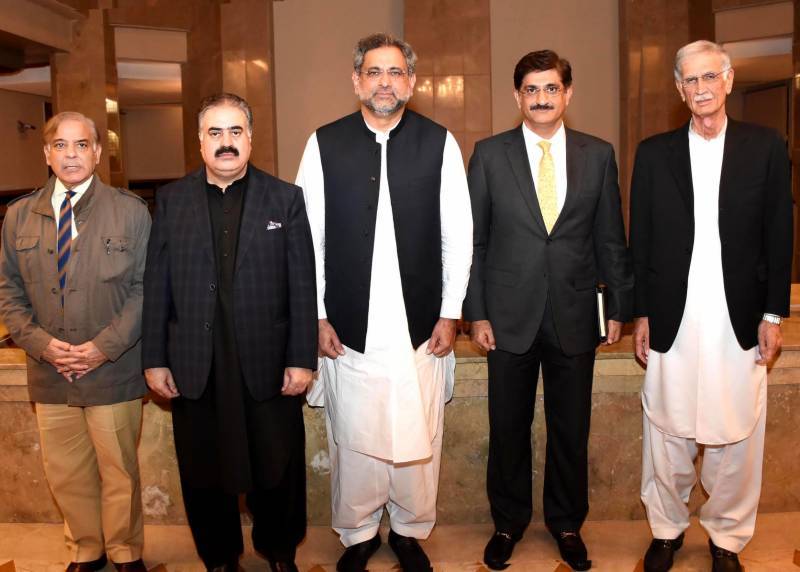 ISLAMABAD - The Council of Common Interests has agreed to hold next general elections using the provisional data acquired through recently held census by breaking the deadlock on a issue regarding delimitation of the constituencies.

Prime Minister Shahid Khaqan Abbasi on Monday chaired the 33rd meeting of the CCI which was attended by chief ministers of Punjab, Sindh, Khyber Pakhtunkhwa and Balochistan and others. All participants vowed to hold elections on time.

Pakistan Peoples Party and other opposition parties were opposing the delimitation process under the new census results due to some differences. The PPP had demanded that the issue should be settled in the meeting of the CCI.

Talking to media following the meeting, PM's spokesperson Musaddiq Mailk said that the political leadership have reached a consensus to settled the issue.

He added that the Election Commission of Pakistan will start its working on delimitation following a constitutional amendment.

He said one percent data of the census would be evaluated by a third party to judge the authenticity of the data.

The federal government on Monday announced to replace Fiance Minister Ishaq Dar, who is in London for medical treatment, with Interior Minister Ahsan Iqbal as representative of the government at the Council of Common Interest.