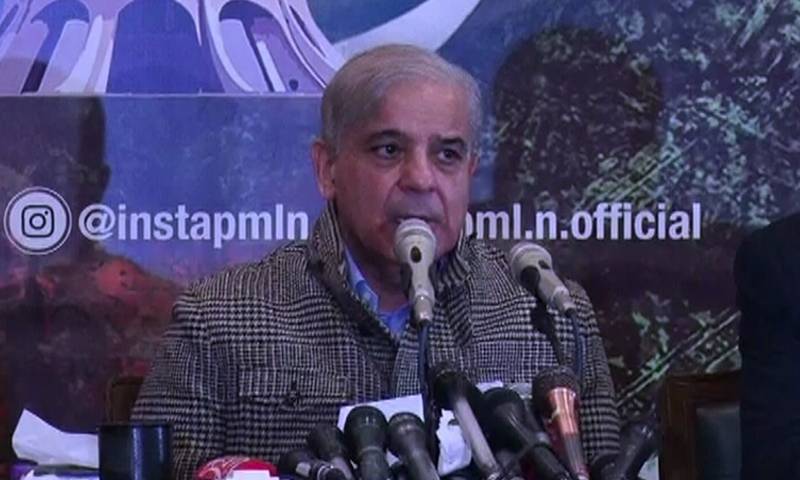 Addressing a press conference alongside the PML-N’s bigwigs, he accused the government of playing dirty politics on the health of former prime minister, adding, “Our lawyers are currently at the Lahore High Court (LHC) to challenge the decision of the federal cabinet’s sub-committee”.

The official committee after holding several meetings announced on Wednesday that the government had given one-time permission for four weeks to Nawaz Sharif to seek treatment abroad.

“Whether Nawaz had submitted any surety bonds when he had voluntarily returned to the country from London in July 2018 after he was handed jail sentence by an accountability court in the Avenfield case,” he asked the government.

At the time when two high courts have granted bail to Nawaz on medical grounds allowing him to seek treatment in the country on abroad, the government is playing politics on the issue, he added.

"Nawaz Sharif's health was turned into a shuttlecock," he said, adding that official medical board has clearly stated that the patient should go abroad for treatment not available in Pakistan.

He warned, “The nation will not tolerate if a mishap happens due to the delay”.

Former military ruler retired Gen Pervez Musharraf and Minister of State for Overseas Pakistanis Zulfi Bukhari had not been asked to submit such surety bonds before their names were removed from the ECL.

A two-member bench of the LHC headed by Justice Ali Baqar Najafi and including Justice Sardar Ahmad Naeem hear the PML-N president's petition seeking the removal of Nawaz's name from the no-fly list. The court has also been asked to declare the condition of indemnity bonds as illegal.

The federal government's counsel raised an objection over the petition during the initial hearing. The court, however, has issued notice to the government seeking its reply and adjourned hearing until Friday.