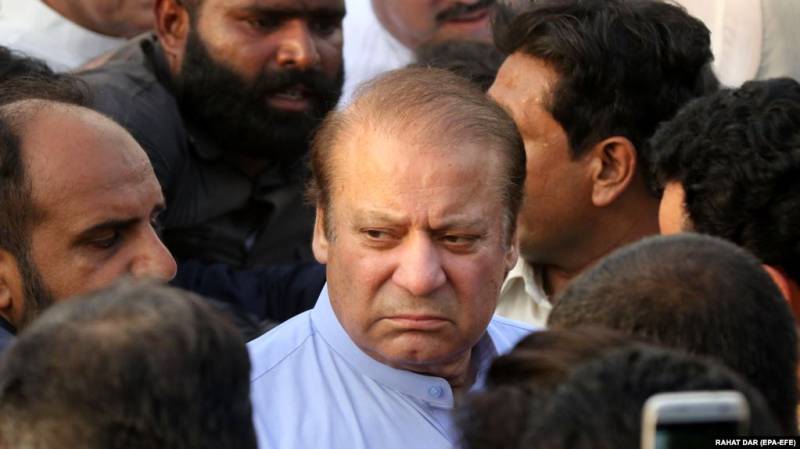 Demanding the indemnity bond is not illegal as it is something different from the bail bonds which are only submitted to the courts, said Naseem, who was flanked by Prime Minister Imran Khan's special assistant on accountability Shahzad Akbar.

One time permission does not mean that the name of the Pakistan Muslim League supremo is removing from the Exit Control List (ECL) permanently, he explained.

Nawaz Sharif was freed on bail last month after his jail sentence was temporarily suspended on medical grounds.

Sharif, 69, received a seven-year jail sentence for corruption and money laundering in 2018 in Al-Azizia graft case, but his health has recently deteriorated and doctors recommended him to go abroad for advanced treatment. PML-N President Shehbaz Sharif had moved the interior ministry to remove his brother's name from the no-fly list.

Shahzad Akbar added that requests from the Sharif Medical City Hospital, as well as the government-formed medical board, were taken into consideration while reaching the decision.