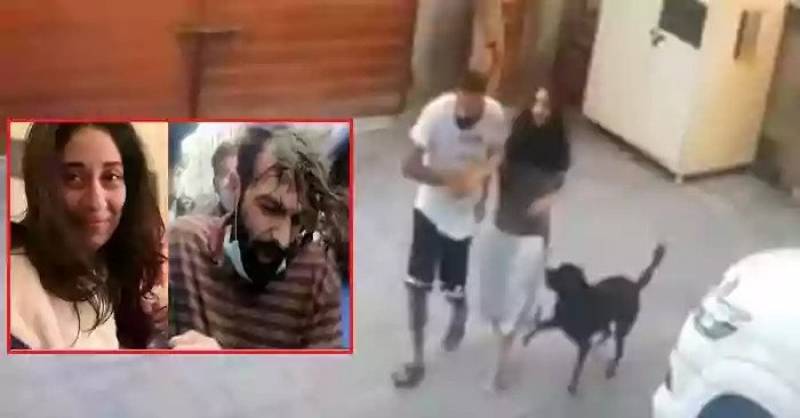 “Telecast of CCTV Footage of Ms. Noor Mukadam and Zahir Jaffer is PROHIBITED. All the satellite TV channels (News & Current Affairs / Regional Language) are therefore directed to stop airing aforementioned CCTV Footage immediately,” Pemra said in a notification, as it warned of “strict action against the violators.”

The CCTV footage was leaked on Saturday and it was broadcast by a number of TV channels. It was also shared by social media users with a complete disregard for the feelings of Noor's family.

In the footage, Noor can be seen running towards the main entrance barefoot in a bid to flee Zahir's house. However, she could not flee as the gate was closed by Zahir's house staff.

Later, the victim again ran toward the main entrance, but the watchman stopped her this time. On July 19, the duo was spotted getting out in a car and a day later Noor was spotted jumping out of the window to escape. The watchman and the gardener closed the door and Zahir caught her.

Zahir can also be seen locking Noor in a cabin built inside the house and then opening it and snatching her mobile phone.

Reports quoting police officials said the accused then tortured Noor in the room before brutally murdering her.

Zahir was earlier arrested under Section 302 on the complaint of the victim's father. It was earlier revealed that the two had an argument on July 20 over Noor's refusal to marry him.

Reports citing interim challan said that Zahir confessed to killing Noor after she refused to marry him. The DNA report also showed the victim was raped before she was killed.

ISLAMABAD – Zahir Jaffer, the prime suspect in the Noor Mukadam murder case, confessed to the ‘crime’ ...