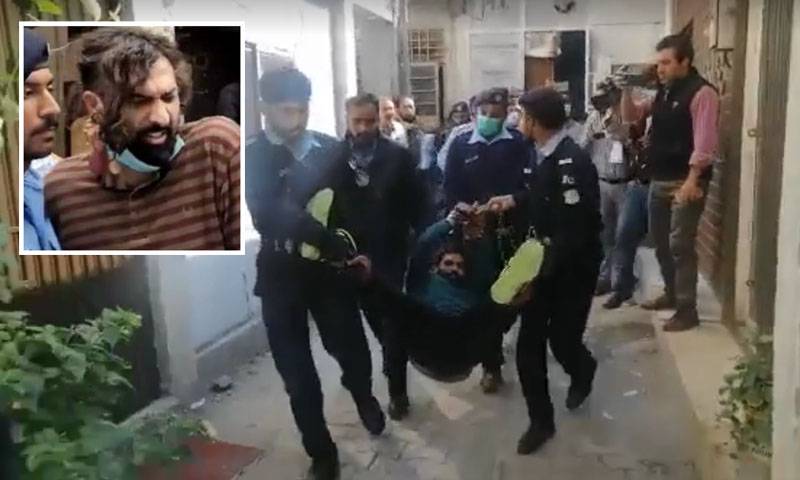 ISLAMABAD – A Sessions court earlier today forcibly removed Zahir Jaffer, the prime suspect in the Noor Mukadam murder case, from the courtroom as he hurled obscenities at the judge.

During the hearing of the case presided over by Additional Sessions Judge Ata Rabbani, the culprit started calling out the name Hamza while interrupting the court proceedings.

It started when Zahir attempted to speak before the judge, but he was not allowed and after failing to get permission, he got furious and used inappropriate language in the courtroom.

Jaffer, who had committed the crime, also lashed out at the court and hurled obscenities at the judge saying the court is nothing but dirt. He said the court is dragging him as they have no power.

Meanwhile, the judge asked his mother, Asmat Adamjee, to come to the rostrum and asked her to control Jaffer. “You should teach your son, see what he is doing in the courtroom,” the judge told his mother.

“I have never seen something more fake”, Jaffer said, while terming his trial a puppet show in front of the judge. The culprit further added that he has never seen more incompetent people in a room in his entire life.

He went on to say “I'm giving you an opportunity to hang me but still you guys are dragging it” while referring to the previous proceedings when he begged before the court to set him free or hang him as he cannot live such a pathetic life in jail.

The video clips shared by court reporters showed law enforcers dragging him out of the courtroom as he kept resisting while being cuffed. During today's hearing, all suspects in the case were presented in court.

ISLAMABAD – A district and sessions court in Islamabad on Wednesday reprimanded Zahir Jaffer, the main accused in ...

It all started with the brutal killing of Noor Mukadam who was found dead at a residence in Islamabad's Sector F-7/4 on July 20.

ISLAMABAD – Noor Mukadam, the daughter of a former Pakistani ambassador who was raped and murdered by Zahir ...