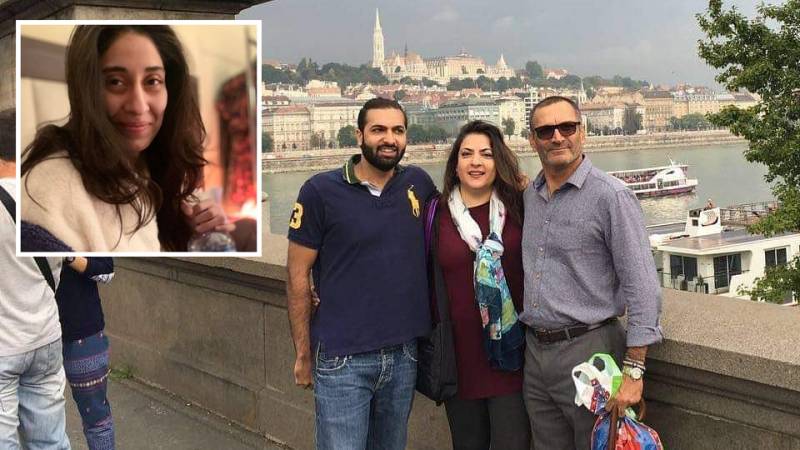 ISLAMABAD – Noor Mukadam, the daughter of a former Pakistani ambassador who was raped and murdered by Zahir Jaffer in Islamabad, attempted to escape multiple times, a police investigation report revealed Saturday.

The interim case challan submitted to Additional District and Sessions Judge Atta Rabbani revealed that the life of Noor could have been saved but the accomplices acted otherwise. The deceased tried to escape from the illegal detention multiple times but her attempts failed because of the security guard and the suspect’s gardener who kept an eye on her following Zahir’s directions.

On July 20, Jaffer approached his father via phone four times as the latter was fully aware about the illegal detention and the situation at their home. But the parents never informed the law enforcement, and even after their son beheaded the girl his father Zakir Jaffer tried to relax him and told him: “You need not worry, I can handle this, I am sending people to rescue you and to dispose of the dead body”.

It was revealed that Zahir was set to depart the US on July 19 via Qatar Airways but he never took the flight.

Zahir, during the interrogation, told the police he locked the victim after she refused to marry him. “He took her phone and hid it in a cupboard.”

Noor later warned Zahir of the consequences and threatened to file a complaint against him. She made around six attempts to escape which were thwarted by Zahir’s domestic help. Zahir later dragged Noor to the room and beheaded her.

The challan further stated that the culprit also called five Therapy Works’ employees to help him hide the evidence and dispose of the body. When they tried to enter the room, Zahir attacked them which he termed a ‘misunderstanding’.

Later, the worker, who is identified as Amjad Mehmood, was injured and moved to a local medical facility.

Meanwhile, the cops added that the challan will be completed once a forensic report of the mobile phones, laptops and other gadgets seized from the crime scene comes out.

Prime Minister Imran Khan assured the nation on Sunday the man involved in Noor Mukadam’s murder would not escape ...