Khan announces to build resorts to boost tourism in the region 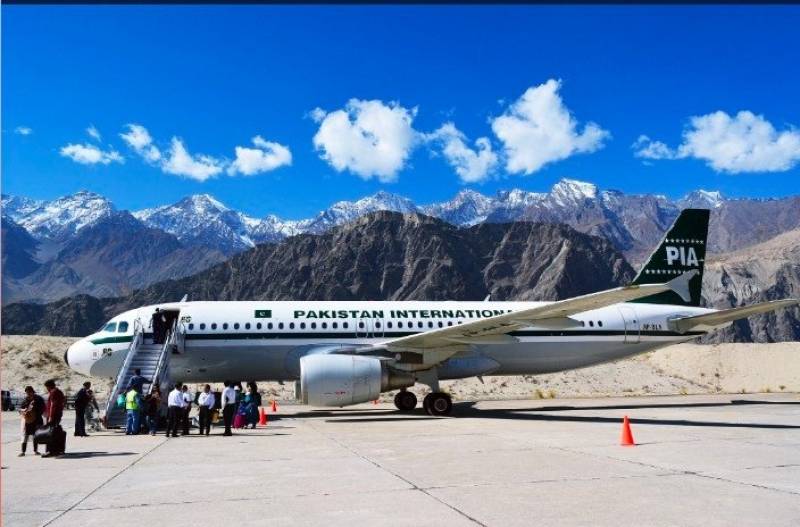 GILGIT – Inaugurating the Skardu international airport that will connect the expedition hub in Gilgit–Baltistan with the world, Prime Minister Imran has inaugurated Skardu International Airport and the Jaglot-Skardu strategic road to boost tourism in the region.

The megaprojects in Skardu were part of PM’s initiative to boost tourism and economic growth in Gilgit-Baltistan.

Addressing a large gathering at the Municipal Stadium in Skardu, Khan said the incumbent government was focused on developing Gilgit-Baltistan like other remote areas of the South Asian country.

Khan while lamenting at undeveloped remote areas, said no country in the world can progress without developing its remote areas. Emphasizing the tourism importance for the region, he said ‘I cannot tell you how your lives are about to change with the help of these changes.

Khan, who usually mentioned sightseeing tourism in GB, said no place in the world is as beautiful as Gilgit-Baltistan. “We have not even begun to tap the potential of the blessings that Allah has blessed us with”, he said, adding that GB residents will no longer have to travel to other places for employment as tourism will increase employment in the elevated region.

Khan said the PTI government planned resorts in the region to boost tourism. That is how a steady income could be sustained, he opined.

The premier also assured locals that the government will ensure connectivity of Skardu to other parts of the country so that the potential of local tourism can also be exploited fully.

The Skardu airport, located at an altitude of over 7,000 feet, is surrounded by the Karakoram and Himalayan peaks and is among the world’s highest altitude airports.

A new initiative is being launched to support airplanes during low-visibility takeoffs and landings at the picturesque airport.