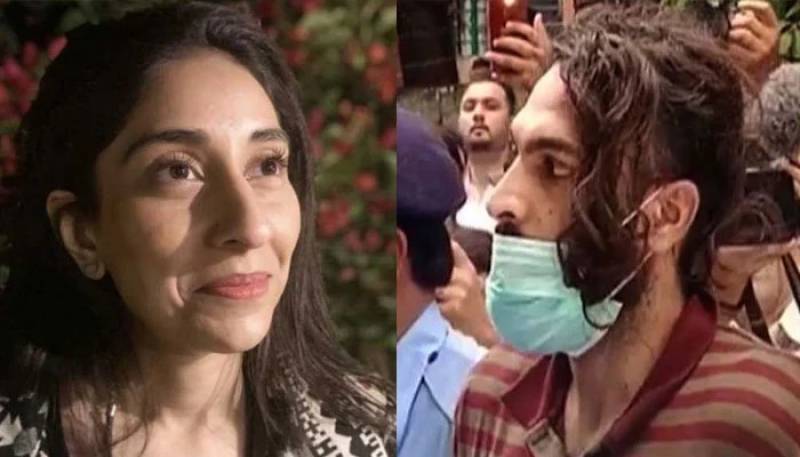 ISLAMABAD – Noor Mukadam was raped and tortured by Zahir Jaffer before murder, reveals a report of the Punjab Forensic Agency.

The report says that Jaffer’s fingerprints were present on the murder weapon and the CCTV footage obtained from his house showed both Zahir and Noor in the house. The report says Noor’s post-mortem examination was done 12 hours after her murder.

The agency has submitted its report to the Islamabad police.

Noor Mukadam (27), daughter of former diplomat Shaukat Mukadam, was found murdered inside a house in Islamabad’s F-7/4 Sector on July 20.

Investigation officer Abdul Sattar says CCTV footage obtained from Zahir’s residence shows the gatekeeper closed the gate when Noor jumped from the balcony and tried to flee the house. Her body was brought to the hospital at around 12:10am on the day of the incident but the post-mortem examination was done the next morning at around 9am, says Abdul Sattar. He said, according to the post-mortem report, the murder took place at around 7pm on July 20.

Zahir’s father is said to have made an attempt to portray the murder as a robbery-cum-murder case, the latest investigation reveals.

Officials investigating the case have found that Zakir Jaffer sought help from some family friends/acquaintances to report to the police a robbery attempt and a murder that happened at his house in Islamabad.

"I received a call from Zakir Jaffer who said there was a robbery at my house in Islamabad. Dacoits took paintings, precious ornaments, etc. They have beaten my son, Zahir Jaffer. Please help us," says a friend of the family. It happened soon after Noor’s murder, he revealed, seeking anonymity.

"Zakir again called me soon after the tragic incident. My son also killed a robber at the Jaffer House. How can we get rid of it [murder] by linking it to the robbery," added the family friend.

"Zahir lied to his father and did not tell about Noor's murder," he said.

Islamabad police have decided not to release the CCTV footage showing Noor Mukadam trying to flee the house where she ...