Noor Mukadam had offered herself for ‘the sacrifice’, Zahir Jaffer says at indictment hearing 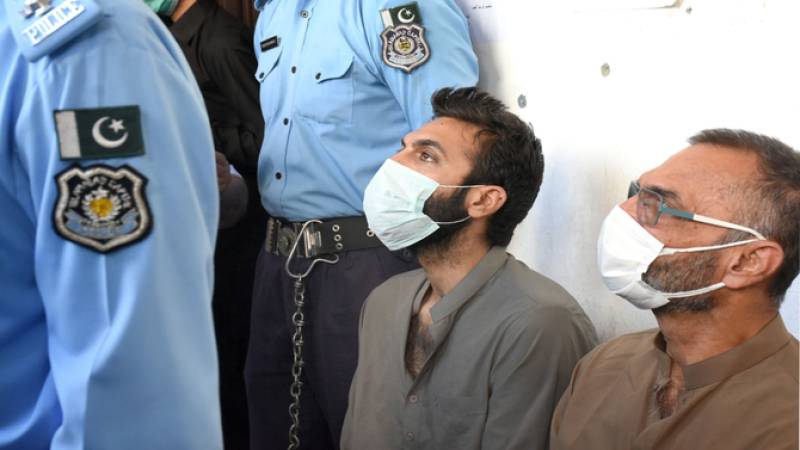 ISLAMABAD – Zahir Jaffer, the prime suspect in the Noor Mukadam murder case, confessed to the ‘crime’ during an indictment hearing on Thursday.

At a hearing that lasted nearly three hours, a district and sessions court in Islamabad indicted 12 people present in the courtroom, including Jaffer, for their alleged involvement in the murder of Mukadam, the daughter of former Pakistani diplomat Shaukat Mukadam. Mukadam’s beheaded body was found at the Jaffer residence in Islamabad on July 20.

“I accept I have committed this crime, now it’s up to you to punish or forgive me,” Jaffer said before additional sessions judge Atta Rabbani. “We quarrelled, and we both were angry, and this all happened.”

“I want to apologise,” he said. “This case is related to me. You are hearing the lawyers of others but not giving me time,” said Jaffer

“But if you want to see me hanged, it’s okay and I’m ready for it.”

Jaffer also said Noor had offered herself for “the sacrifice.” It was unclear what he meant by “sacrifice.”

At multiple times during the hearing, the accused blamed Therapy Works staff for the murder, though it was unclear how their presence at the scene had led him to behead Mukadam. Police have said a team from the counselling centre was already at the crime scene when they arrived on July 20, having been summoned by Jaffer's parents who were in Karachi at the time of the crime.

“We had arguments, but if these people [Therapy Works staff] didn’t come in, this [the murder] would not have happened,” he added, pointing to Amjad, a Therapy Works employee indicted in the case.

Jaffer also appealed to the judge to release him from jail and put him under house arrest.

“I can’t live in the jail, can’t lead such a life. I want to live a life where I have a wife and children.”

“Please tell me if you’re going to hang me,” he added. “Release me or forgive me.”

He requested the court multiple times to let him make a phone call, though he did not specify who he wanted to call.

Regarding a pistol found at the crime scene, Jaffer said both his and Mukadam’s fingerprints were found on the weapon.

“That pistol belongs to my father. And this all was in my father’s knowledge,” he said. It was unclear if he meant that his father knew he was going to commit a crime.

Others against whom charges were framed include Jaffer's parents, Zakir Jaffer and Asmat Adamjee, their three household staff, Iftikhar, Jan Muhammad and Jameel, and six workers from Therapy Works, a counselling centre from where Jaffer had received certification to become a therapist and where he had been receiving treatment in the weeks leading up to the murder.

The court has now summoned witnesses on October 20 to record their statements and plans to complete the trial of all twelve suspects within eight weeks as ordered by the Islamabad High Court.

Jaffer was arrested from the crime scene on the day of the murder. He was initially on police remand but was moved to Adiala Jail in the city of Rawalpindi on judicial remand in early August where he has been detained since.

Zahir Jaffer, the prime suspect in the murder of Noor Mukadam, has been charged for the crime by the Islamabad High ...