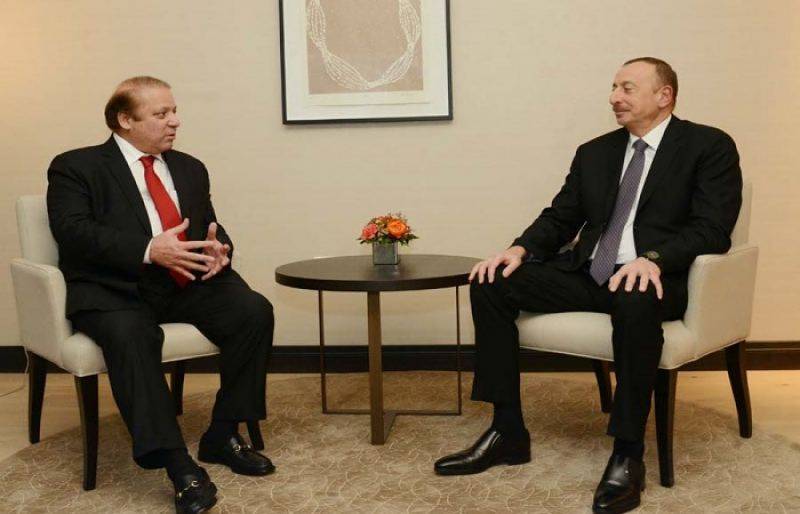 BAKU - A meeting between Prime Minister Nawaz Sharif and Azerbaijan President Ilham Aliyev is underway at Baku, the officials said on Friday morning.

During the meeting, the two leaders are discussing bilateral relations of Pakistan and Azerbaijan and other regional and international issues of mutual interest.

They are also deliberating on new ways to bolster economic cooperation between the two countries and taking trade and investments to a new height.

Earlier, upon his arrival at Presidential Palace, Prime Minister Nawaz Sharif was warmly received by President Ilham Aliyev and other top-level officials.

The premier is in Azerbaijan on three-day official tour on the special invitation of President Ilham Aliyev.

During the tour, the premier is expected to hold meetings with civil and military leadership of Azerbaijan. He would also lead a delegation to participate in Pak-Azerbaijan bilateral dialogue.

The Pakistani Foreign Office said that Pakistan and Azerbaijan enjoy close ties and have homogeneous stance on several global issues including the Kashmir conflict.

The two countries also share common views on major regional and international issues and cooperate closely in the regional and multilateral forums, including the UN, the OIC and the ECO.

A Joint Declaration is expected to be signed during the visit.