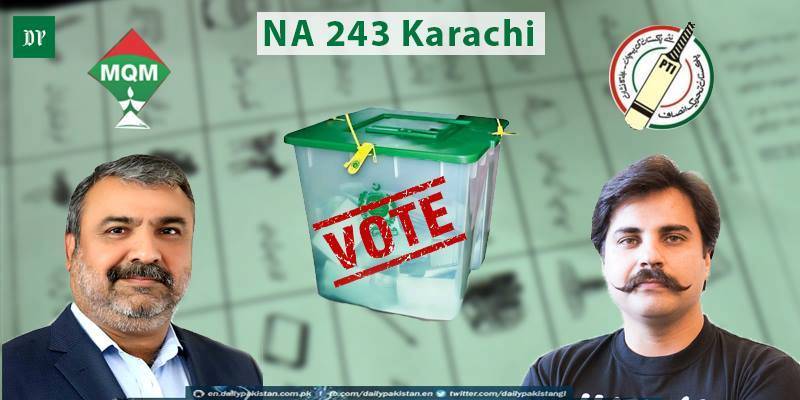 KARACHI - Results continue to pour in after daylong polling on 35 national and provincial seats across Pakistan.

As many as 22 candidates are in the run for NA-243 Karachi, which was vacated by Prime Minister Imran Khan.

The PTI has fielded Alamgir Khan as its candidate from NA-243, while Amir Chisti of the Muttahida Qaumi Movement-Pakistan, Hakim Ali of the PPP and Sharafat Ali of the PML-N are contesting from the constituency.

PTI's Alamgir Khan is leading in the constituency and has bagged with 2770 votes. Khan is followed by MQM-P's Amir Chishti, who has secured 1183 votes, according to unofficial and unconfirmed results.

Overseas Pakistanis also exercised their right to vote through i-voting for the first time.