After targeting Punjab’s laptop scheme, PTI initiates one in KPK 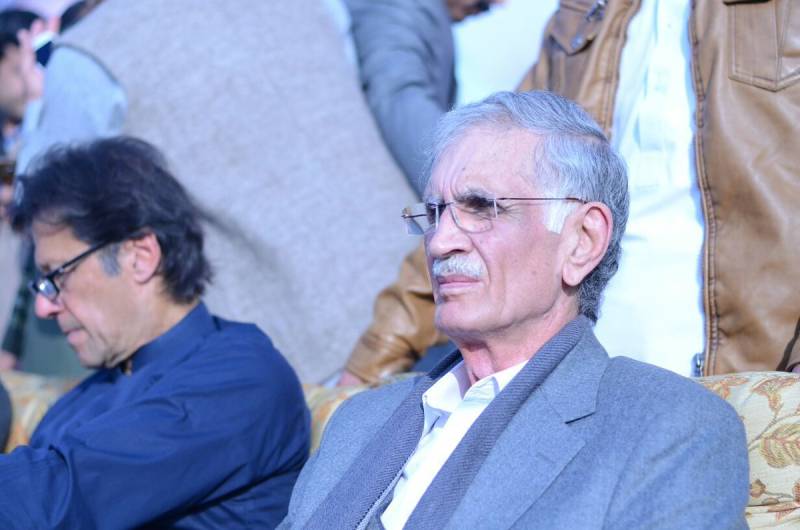 PESHAWAR -  The government of Pakistan Tehreek-i-Insaf led Khyber Pakhtunkhwa province distributed laptops among the high achievers of the province on Wednesday.

Chief Minister KPK, Pervez Khattak gifted laptops to the position holders of various schools in a function at the Nishtar Hall ignoring the fact that his party chief Imran Khan took aim at the Shahbaz Sharif led Punjab government that first started the scheme in 2012.

Khattak while addressing the students expressed it was unfortunate that the rulers politicised institutions and protected their own interests, adding that it was the collective responsibility of the society to educate children.

The chief executive continued that the laptops would be awarded to students in the future as well.

PTI supremo Imran Khan had categorically denounced the laptop scheme in his consecutive speeches back in 2012 and 2014.

In one of his addresses in 2012, Imran accused the ruling party of "buying off youth" to capitalise on vote bank.

In another statement, the cricketer-turned-politician clarified that they would inculcate computer programming among the youth, instead of laptops.

We won't provide laptops but train our youth with computer programming and equip them with necessary skills. @ImranKhanPTI #Sarghoda4PTI

Interestingly, while unveiling the economic policy before the 2013 General Elections, PTI lampooned the Pakistan Muslim League for prioritizing laptop schemes.

Laptop schemes are gimmicks, need of the time is to build a better educational system and girls' schools - IK #AskIKOnRadioPakhtunkhwa

The KPK's Education Minister Atif Khan had said in 2014 that they had no plan to start their own scheme.

We have no plan to start Laptop Scheme yet @AtifKhanpti #EduDevelopmentsInKPK