Pakistan, Afghanistan and US vow to curb Daesh in region 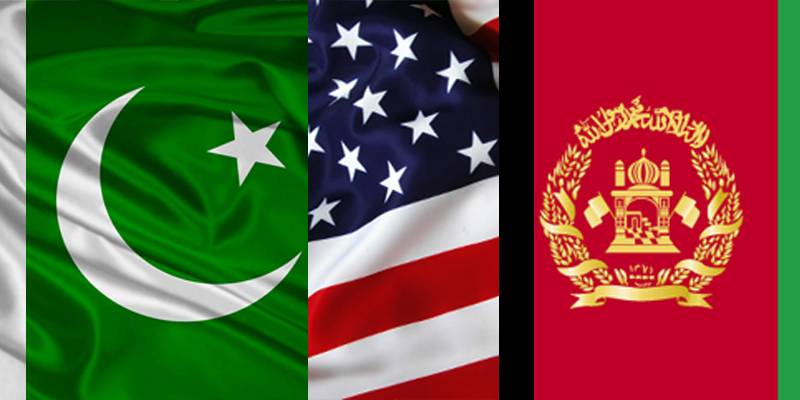 RAWALPINDI - Pakistan, Afghanistan and the US on Thursday resolved to curb Daesh from the region and continue their fight against the common threat of terrorism, reported ISPR.

According to military’s media wing, three parties, including Pakistan, Afghanistan and the US, held a meeting regarding elimination of Daesh, while Pakistan and Afghanistan officials held a bilateral meeting on military cooperation at Ministry of Defence in Kabul.

“Participants re-affirmed their resolve to continue fight against the common threat of terrorism. Areas of mutual security interests and concerns were deliberated upon during the interaction”.

“Three sides expressed their commitment to eliminate Daesh from the region which can best be achieved through information sharing, complementary efforts and enhanced cooperation”.

In the Pak-Afghan bilateral meeting, important issues linked to cross-border fire and attacks, counter terrorism, coordinated actions on respective side along the border and detainees exchange were discussed.

Both sides agreed to make progress in line with the commitments made at recent high level meetings and to formulate an action plan which will contribute towards improving security along the Pak-Afghan border through enhanced cooperation.

Around three weeks ago, US President Donald Trump had unleashed his policy of ramping up pressure on Pakistan, a close ally of US, in a bid to fully implement the revamped Afghan war strategy.