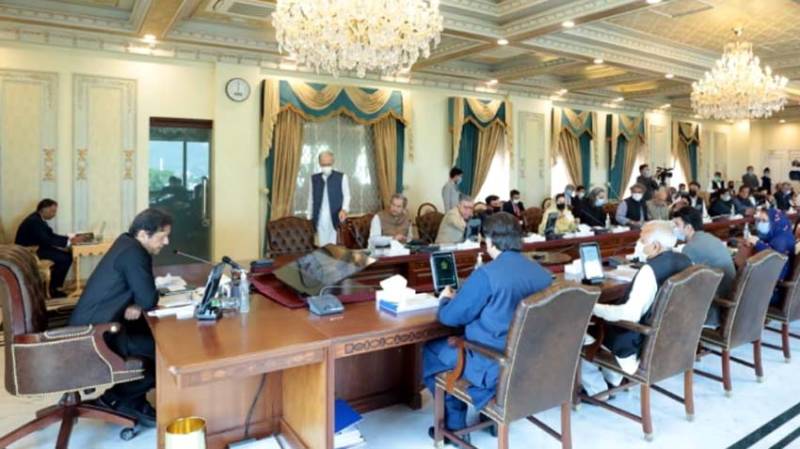 Federal information Minister Chaudhry Fawad Hussain stated this while addressing media about decision taken by the cabinet in a meeting chaired by Prime Minister Imran Khan.

He said that the decision is in line with the government's austerity drive.

The cabinet also decided to introduce comprehensive reforms in the criminal justice system.

The information minister said that reforms will overhaul the entire system of criminal justice and address matters relating to delay in trials and registration of FIRs.

He said that improving the justice system is on the agenda of Prime Minister Imran Khan. He said this matter will now be discussed in the Cabinet Committee on law and then these reforms will be enforced.

During the cabinet meeting, the premier expressed his resentment over delay in procurement of wheat. He directed the provinces including Punjab to take steps for the release of wheat stocks.

Chaudhary Fawad Hussain was confident that the prices of wheat flour will gradually come down in the wake of issuance of wheat release schedule by Punjab.

The cabinet was informed that 5G will be launched in the country next year and several companies are showing interest in it.

Talking about the recent cyber-attack on the website of FBR, Fawad Chaudhry said that inquiry has revealed that most of the data remained safe. He said FBR has now hired a company to ensure the data protection.

He said the Ministry of Information Technology informed the cabinet that one million attacks have so far been carried out on our websites this year, which were foiled by the NTC.  He said Pakistan has a comprehensive framework for cyber security which is further being strengthened.