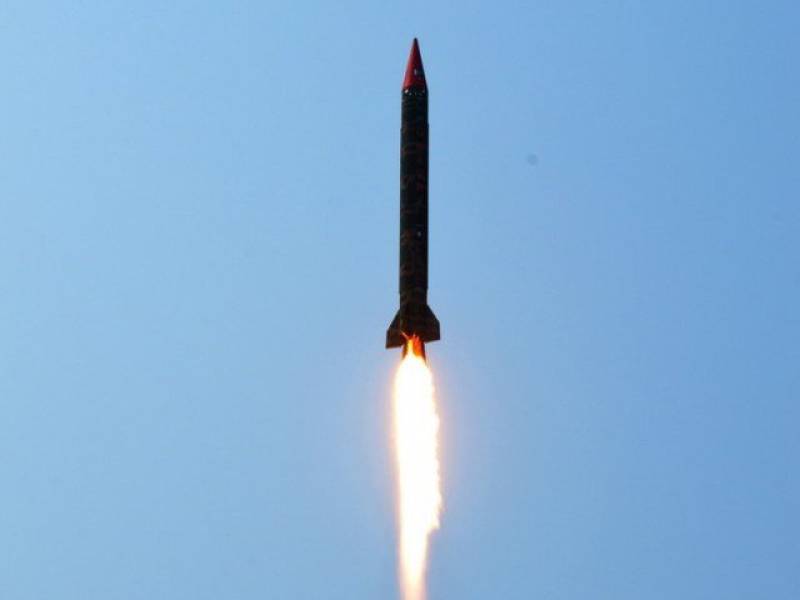 Ghauri Ballistic Missile can carry both conventional and nuclear warheads upto a distance of 1,300 kilometres.

The launch was conducted by a strategic missile group of the Army Strategic Forces Command that was aimed at testing the operational and technical readiness of the command.

The launch was witnessed by senior officers from Strategic Plans Division, strategic forces, scientists and engineers of strategic organisations.