A villain and a hero: The man who refused to lead Mashal's funeral prayer and the man who didn't 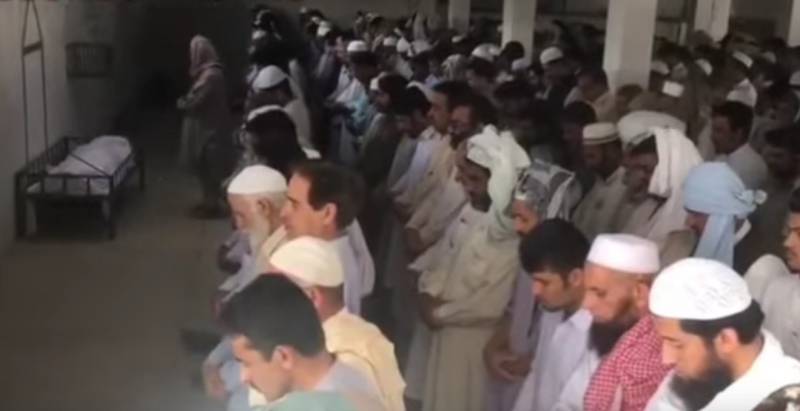 After Mashal's brutal murder at the hands of a violent mob, the nation went into further shock today after learning that the local imam completely refused to lead Mashal's funeral prayers.

However, according to a local civil society activist and a person who attended the funeral, the events which unfolded in the village were much more tragic than just this. Mr Qamar Naseem, a civil society activist based in KPK, spent his day with Mashal's family today. A well-spoken and thoughtful individual, he magnanimously concedes that the imam was well within his rights to decline leading Mashal's funeral prayers. However, he says, the imam went far beyond his rights to discourage local residents from participating in the funeral and visiting the family for condolences.

"He told the locals that their nikah would be nullified if they attended Mashal's funeral. He told them, after fajar prayers the day after Mashal was killed, that nobody must attend Mashal's funeral because he has been killed for blasphemy even though it is unproven. He went out of his way to scare the locals into socially boycotting the family."

"Eventually, the man who did lead the funeral prayer was an unknown missionary and a member of Tablighi Jamaat who was in the area for Tableegh. He led the prayers. Tableeghi Jamaat is always helpful in such matters, some time ago when a transgender died in Peshwar and all local imams refused to lead her prayers we called the area headquarters of Tableeghi Jamaat, they immediately sent a person who led her prayers," he said.

Talking about Mashal's family, Qamar Naseem said that the locals were extremely reluctant to visit the family's hujra to offer condolences because the local imam is campaigning for a complete social boycott against the family. Aimal Khan, who is the brother of Mashal and an Airman in Pakistan Air Force, told him that he was present in Fajar Namaz when the imam, who also used to be Mashal's teacher, made his proclamations against his family.

"They even tried to disrupt the janaza and used loudspeakers to play naats the whole day. Since Mashal's family lives near the mosque, the loudspeakers were disruptive for even the guests of the family who had come to offer their condolences," He said.