In a first, Pakistani, Indian soldiers to join hands in military drill under SCO 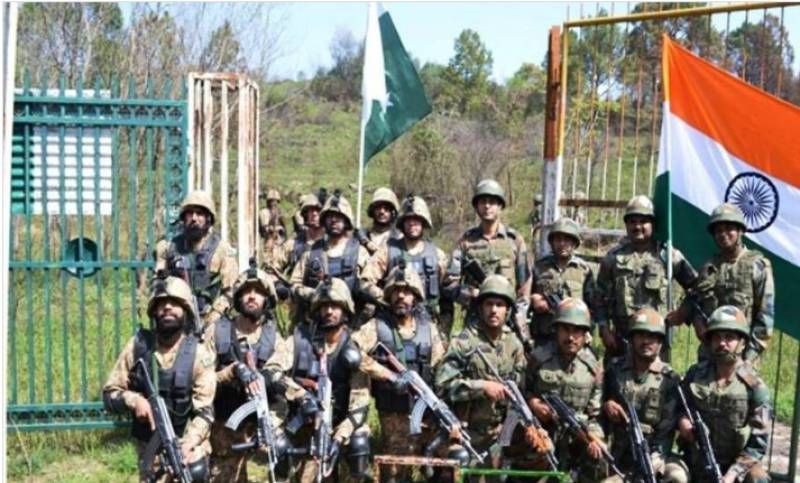 LAHORE - Two traditional rivals in the South Asian region, Pakistan and India are set to make history this year by taking part in a one-of-a-kind joint military exercise under the umbrella of the Shanghai Cooperation Organisation (SCO) in Russia.

In the drill titled “Peace Mission 2018”, which is going to be started in August-end, the soldiers of both countries will fight jointly to eliminate terrorists, foil possible attacks. They will also test combat readiness. The exercise will end in first week of September.

While Indian and Pakistani military officials have operated together in the foreign lands under the flag of the United Nations, this will be a rare event when both countries will conduct the drill along with other SCO members China, Kazakhstan, Kyrgyzstan, Russia, Tajikistan, and Uzbekistan.

Islamabad and New Delhi became the full members of the SCO in June, 2017 at the Astana summit in Kazakhstan where then Pakistani prime minister Nawaz Sharif and Indian Premier Narendra Modi represented their countries.

The forum was established in 2001 by China, Kazakhstan, Kyrgyzstan, Russia, and Tajikistan, aiming at political, economic, military cooperation, coordination and solidarity in Eurasia.

By joining the SCO, Pakistan and India have become part of the Tashkent-based Regional Anti-Terrorism Structure (RATS) which holds such military drills. Under the RATS, both countries are liable to share intelligence information on terror.

This drill is held in every two years and “Peaceful Mission 2018” will be the fifth edition of the multilateral exercise. The first SCO military exercise Peace Mission-2007 was held in the southern Urals.

Being the host country, Russia is expected to participate in the drill with huge numbers of soldiers and weapons, while China is expected to send about five hundred soldiers.