Children among five die as sandstorm sweeps across Karachi (VIDEOS) 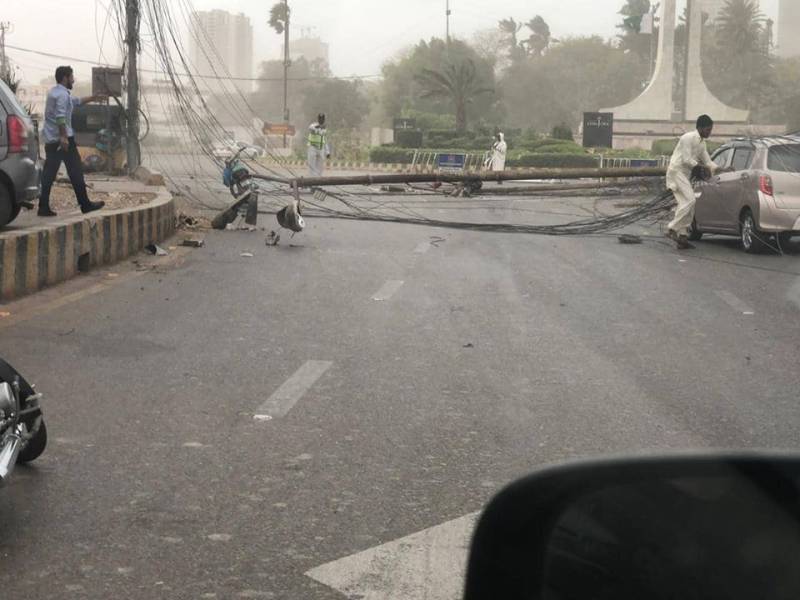 The storm was reported in different parts of the city, including near the airport, Malir, Landhi, Nazimabad, North Karachi, II Chundrigar Road, Gulistan-e-Jauhar, Gulshan-e-Iqbal and along the coast (Clifton and DHA included).

Reports in local media suggest five children sustain injuries when their school roof collapsed on Tipu Sultan Road while six others were injured when a section of a roof collapsed at a religious seminary in Lyari's Chakiwara.

Police, Levies and Edhi volunteers helped shift the injured to a nearby hospital where they were provided immediate first aid and then referred to Karachi for further treatment.

Electric poles fell across Clifton and the windows of a shopping mall were smashed due to the storm, the Radio Pakistan reported. 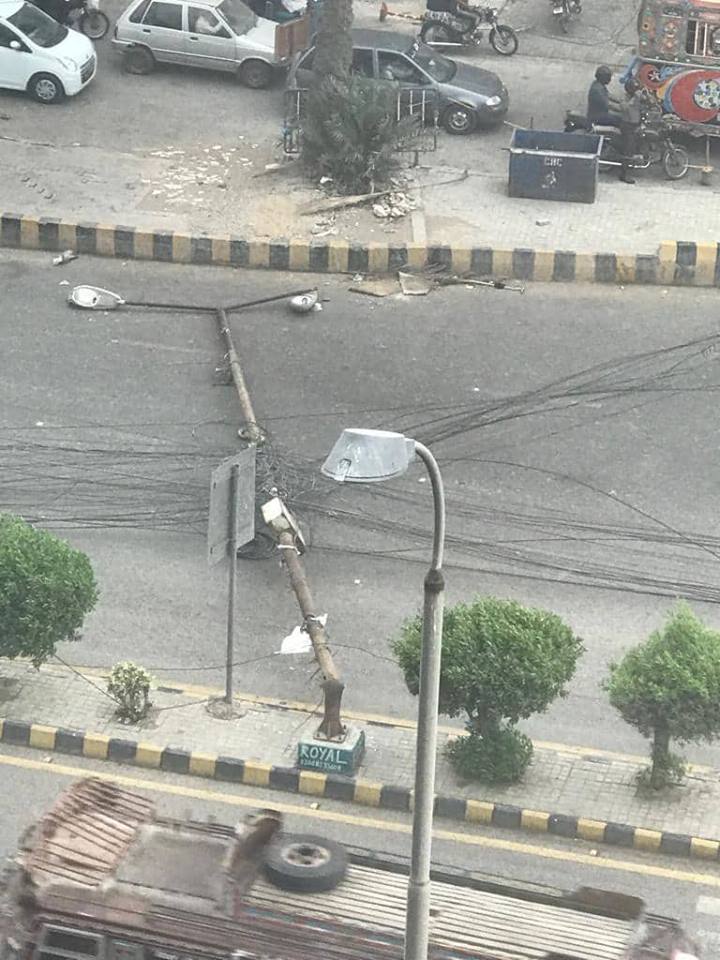 The storm, caused by a low-pressure system, however dropped the temperatures, providing citizens with some respite from the scorching heat. The flights were also delayed as a dust storm reduced visibility. 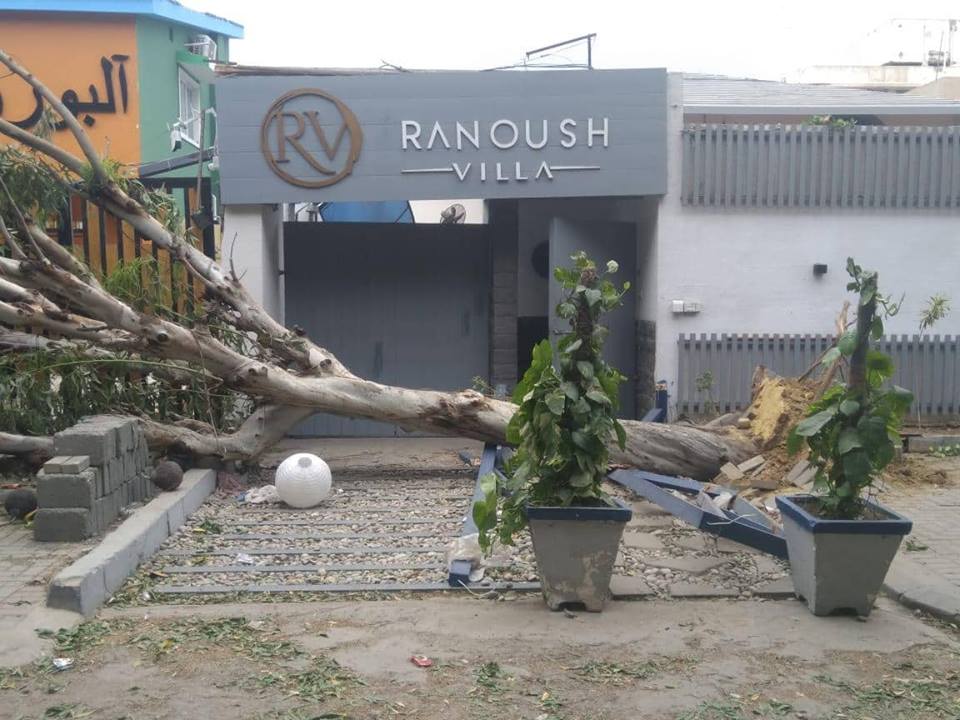 Sindh Chief Minister Murad Ali Shah has directed all divisional commissioners to take care of the vulnerable residents of the city. He asked those who lived in sheds to be alert and cautious as the city experiences extreme weather.

The Pakistan Meteorological Department has predicted rains falling in Balochistan from Monday to Tuesday and at scattered places in Sindh's Sukkur, Larkana, Shaheed Benazirbad, Hyderabad and Karachi divisions on Monday and Tuesday.