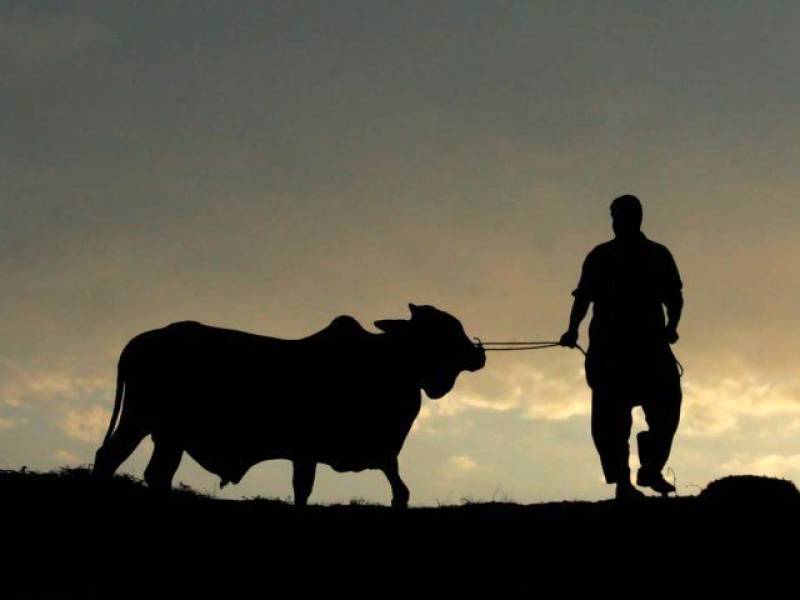 ISLAMABAD - The Ministry of Interior on Wednesday announced a three-day holiday on the occasion of Eidul Azha 2018.

According to a notification issued by the ministry, the holidays will start from August 21 (Tuesday) and run until August 23 (Thursday). 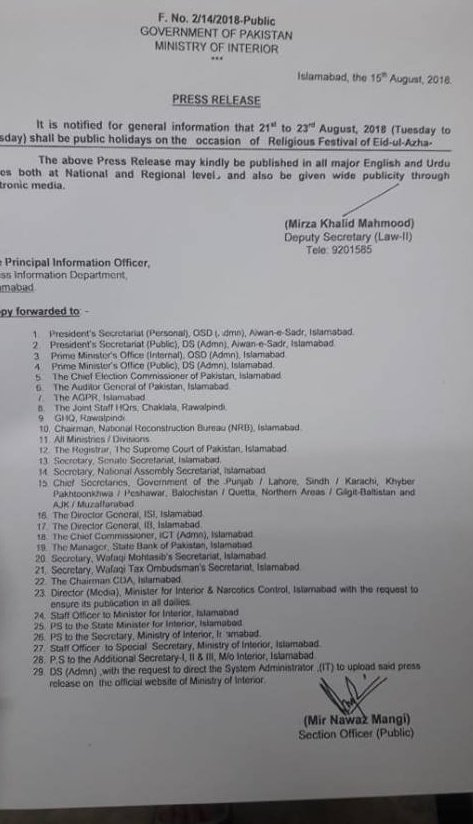 The Central Ruet-e-Hilal Committee had announced that the Zil-Haj moon had been sighted in the country and Eid-ul-Azha would be observed on August 22.