India bans Mika Singh for performing at an event in Pakistan 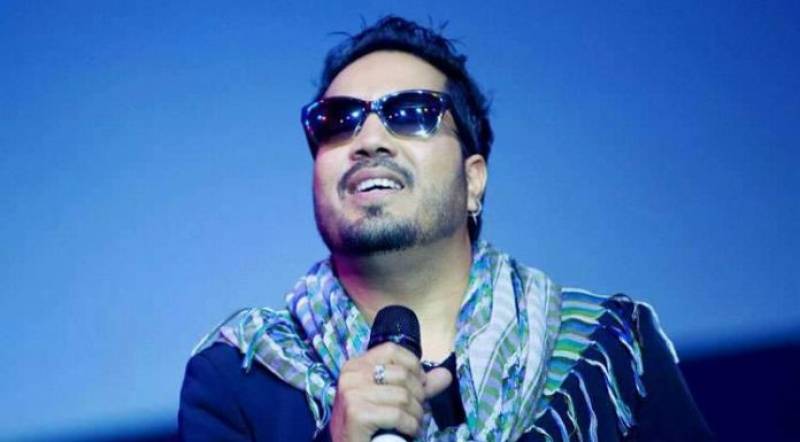 MUMBAI - The Federation of Western India Cine Employees (FWICE), the mother body of all the 24 crafts of film making, has banned singer Mika Singh aka Amrik Singh from any performance, recording, playback singing and acting in India 'irrevocably forever', the international media reported on Wednesday (yesterday).

The step was taken after Mika's performance at an event in Pakistan amid spiraling diplomatic uncertainty between the neighbors after New Delhi abrogated Article 370 that gave special status to Indian held Kashmir.

A 30-second video clip tweeted by a Pakistani journalist showed Mika performing at an event after India's August 5 decision, and despite New Delhi severing all artistic and social ties with Islamabad in the aftermath of the removal of the Article 370 of the Constitution.

All India Cine Workers Association (AICWA): AICWA workers will make sure that no one in India works with Mika Singh & if anyone does, they will face legal consequences in the court of law. AICWA requests Information & Broadcasting Ministry to intervene & act legally on the singer https://t.co/SOBp26HrXx

The FWICE issued a statement on Wednesday in which they stated they are "deeply pained and anguished by the performance of singer, Mika Singh alias Amrik Singh at the wedding of former President of Pakistan Pervez Musharraf's cousin's daughter in Karachi, followed by height of tension and broken relations between India and Pakistan, which is shocking, shameful and shattering".

The All Indian Cine Workers Association (AICWA) also banned the singer from the Indian film industry. 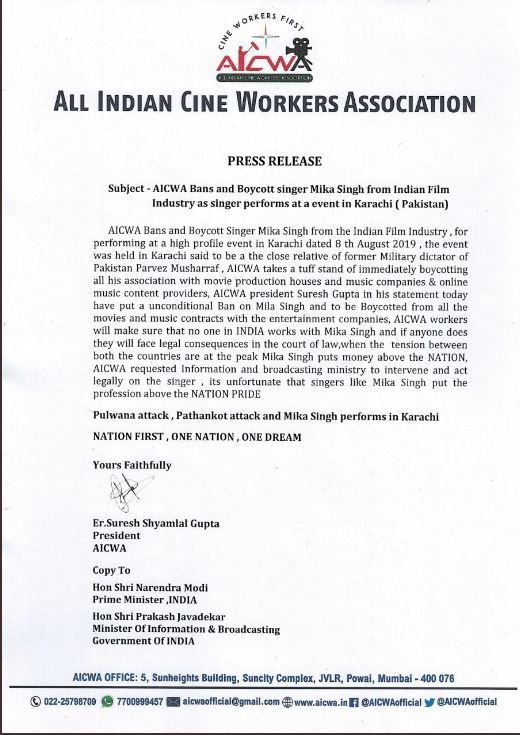 What are your thoughts on this? Let us know too.