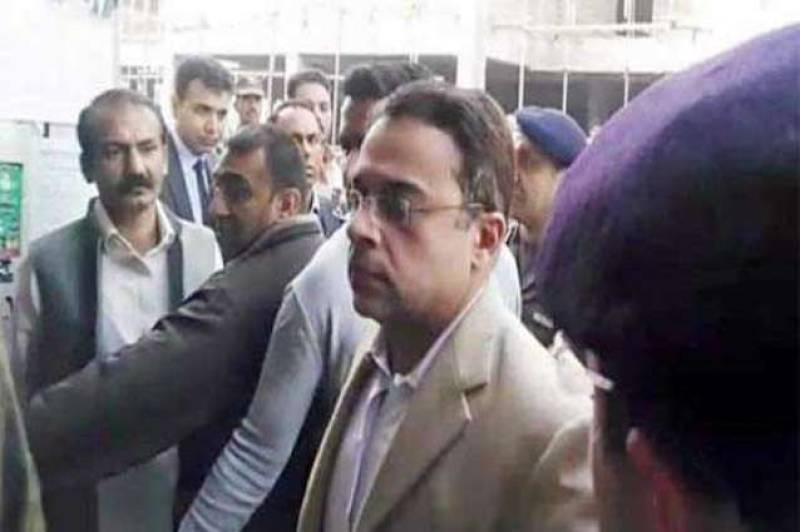 During the hearing of a case related to the LDA City Project on Saturday, the Chief Justice of Pakistan Justice Saqib Nisar also ordered authorities to seize property owned by Cheema in case of non-compliance.

Imprisoned Ahad Cheema is accused of corruption worth billions in a deal between Paragon Housing Society and Punjab Land Development Company (PLDC) for Ashiana housing scheme of the Shehbaz Sharif-led Punjab government.

Cheema appeared before the court and had an uneasy interaction with the top judge as well.

Justice Nisar also inquired about LDA’s connection with Paragon City for which the agreement was inked.

Mian Saqib Nisar referred to former LDA chief and remarked that he was the government’s appointee and received a salary at the Bhikki Power Plant.

Cheema informed the court that he was appointed on a salary of Rs1.4 million.

To this, the top judge inquired about the person who raised his salary from Rs100,000 to Rs1.4 million.

The bench further questioned about the political favors he had granted which became a reason for the salary increment.

Cheema replied that the courts were free and that he would appear before them.

The CJP, however, directed Cheema to return the money received beyond his income and ordered the director general of LDA to give recommendations regarding LDA City project.

The purpose of Ashiana Housing Scheme – an initiative of the Punjab government – was to provide economical and adequate residential facilities to the people with low-incomes and the government had invested Rs2 billion while acquiring 672 kanals of land in the Muloani Harlan area near Darbar Baba Noor Shah.