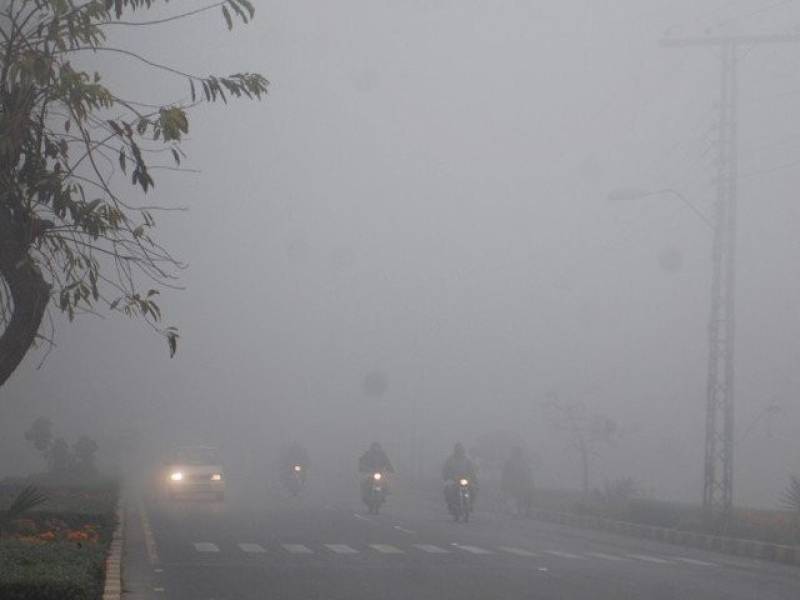 LAHORE - Lahore and other parts of Punjab are in the grip of severe cold, while dense fog has engulfed almost everything, especially the motorway on Sunday morning.

The Lahore to Islamabad M2 Motorway has been closed till Hafizabad.

On the other hand, fog claimed seven lives including a woman in different cities of Punjab Saturday night. Three incidents took place in Faisalabad. A bus collided with a rickshaw due to severe fog resulting into death of Shahida Perveen, wife of Mohammad Sharif, in Khalid Abad on Station Road. Second incident took place in Samandari Ghojra where a speedy truck hit a motorcycle leaving 28-year-old Hassain dead. The third incident occurred near Milat Road where a car crushed 20-year-old motorcycle rider named Mahtab. Besides, 4 people died in a car-motorcycle collision in Hafiz Abad while one person got severe injuries.

Two people sustained injuries in a van and car collision on GT Road, Okara. The injured have been rushed to Rural Health Center (Akhtar Abad) for medical treatment. Three people were going on the motorcycle when a car from the opposite side hit them in Hafiz Abad. One man died on the spot while 3 breathed their last in the hospital.