US citizen accepts 'role' in attack at ISI office in 2009 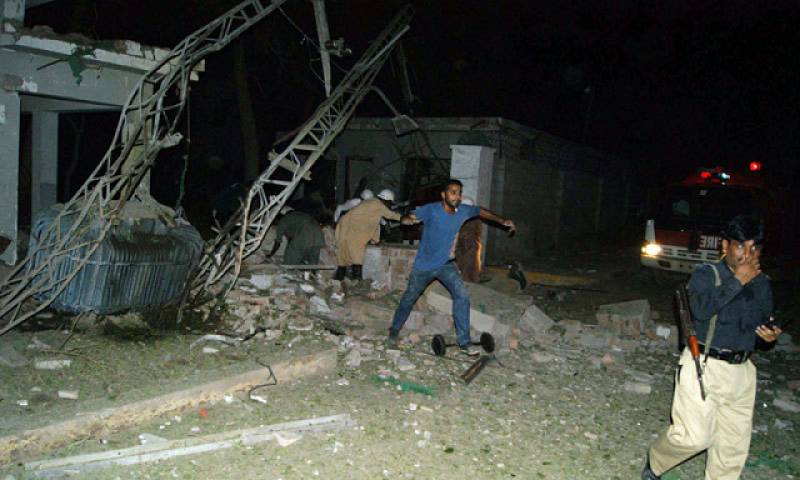 WASHINGTON (Web Desk) - A Pakistani-American national has confessed that he provided strategic advice and financial assistance to the attackers who stormed an office of Pakistan's premier spy agency ISI in 2009.

Reaz Qadir Khan, 51, has admitted to “providing advice and financial assistance” to those who carried out the attack, the United States Attorney’s Office in Portland, Oregon, announced.

Khan is a naturalised US citizen who lived in Portland and worked at a water treatment facility. He is an NED graduate and also has a master’s degree in engineering from a US university.

According to court documents, Khan sent money to Ali Jaleel, a citizen of the Maldives Islands, and two others who rammed a large, bomb-laden truck into ISI’s Lahore office on May 27, 2009.

Shortly after the attack, Al Qaeda released Jaleel’s video statement, claiming responsibility for the suicide bombing. The video also showed him preparing for the attack at a terrorists’ hideout in Fata.

Khan used emails and intermediaries to communicate with Jaleel and for sending money to him and his family.

He also sent him instructions on how to travel undetected in Pakistan.

The FBI initially arrested Khan on terrorism charges but later changed it to abetting and helping terrorists after he agreed to plead guilty. Under the arrangement, Khan can be sentenced to 87 months of imprisonment and can also be deported to Pakistan after serving his sentence.