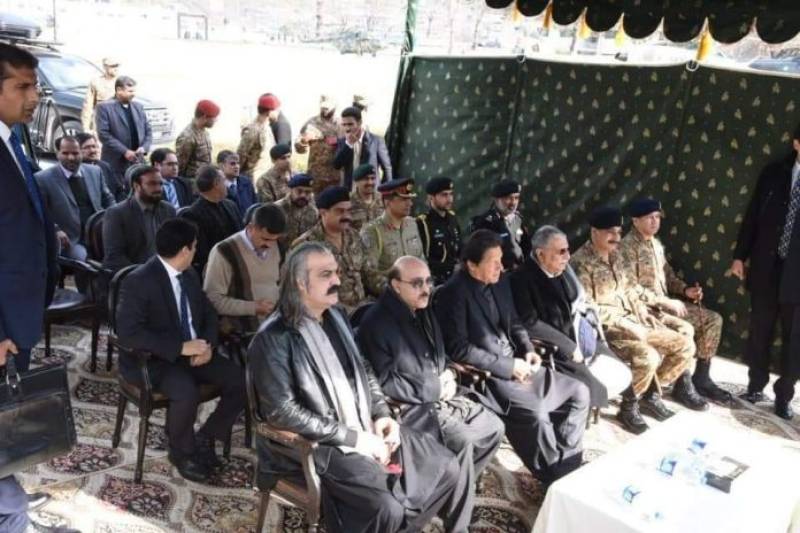 Extreme weather conditions and snowslides in the Neelum valley on Tuesday resulted in death toll, rising over 60 and leaving several injured.

The prime minister was given a briefing by Chief Secretary AJK Mathar Niaz Rana regarding the heavy loss of life and property.

Prime Minister Imran Khan also visited the Combined Military Hospital, Muzaffarabad and enquired after the health of injured, under treatment at CMH.

Soon after the incident, Imran Khan had directed the National Disaster Management Authority (NDMA), the military and all federal ministers to immediately provide humanitarian assistance on an emergency basis to the affected people in AJK.

According to NDMA, the avalanches affected the villages of Surgan, Kel, Lawat, Chaknat and other places of Neelum District, leaving 67 dead, 53 injured, 198 houses damaged including 22 shops, a mosque and 12 vehicles.

The NDMA in the latest report on Wednesday said three additional helicopters, loaded with relief items, had left for Neelum Valley.

A high-level meeting of AJK government, chaired by prime minister Raja Farooq Haider on Tuesday had decided to shift the affected population immediately on war-footings to the safer places, besides providing best available medical facilities to the injured.

The AJK civil administration was directed to accelerate rescue operations in affected areas with the cooperation of Pakistan Army, while the Highway Wing was asked to deploy more machinery for road clearance to ensure smooth relief operation.

Overall death toll in the country due to heavy snowfall and rains in areas including AJK, Balochistan and Khyber Pukhtunkhwa, crossed 100 with 90 receiving injuries and 213 houses damaged.