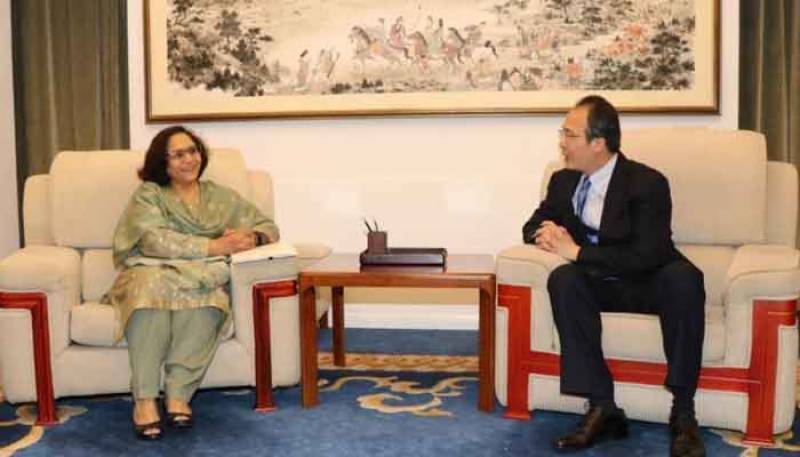 BEIJING – Naghmana A. Hashmi on Monday assumed charge as Pakistan's new ambassador to China and presented a copy of his credentials to Hong Lei, Director General of Protocol Department, at the Chinese Ministry of Foreign Affairs.

In her first official meeting upon arrival in Beijing with Chinese diplomat, Ambassador Hashmi said that Pakistan and China were close friends, partners and brotherly countries.

This relationship had developed with the continuous efforts of successive generations of leaders and diplomats from both countries, she added.

The Ambassador expressed her desire to working closely with counterparts in China to further develop this deep-rooted friendship.

He said "Pakistan and China are old friends and iron brothers. This is a special relationship." Director General Hong Lei offered the full support of the Chinese Ministry of Foreign Affairs to the Ambassador in her new role.

A career diplomat, Ambassador Hashmi arrived in Beijing on 12th July after serving as Pakistan's Ambassador to Belgium and the European Union since 2014.

Past appointments included Additional Foreign Secretary for the Americas at the Ministry of Foreign Affairs, and Ambassador to Ireland. She has also served previously as Deputy Head of Mission in China.