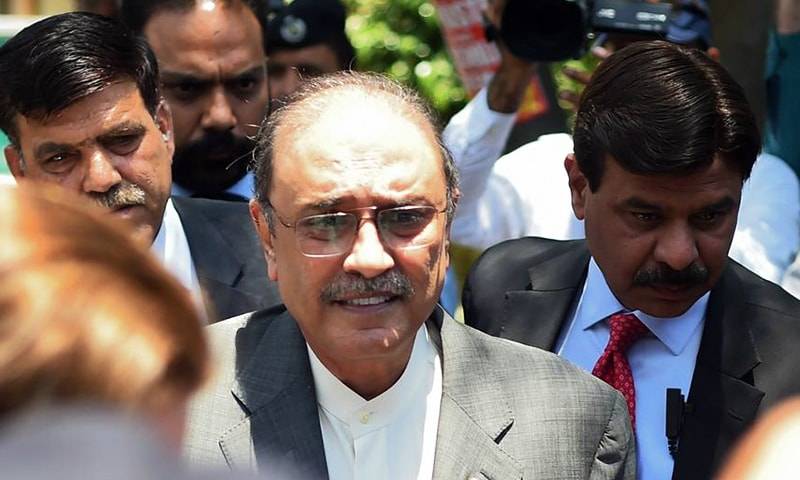 At the outset of hearing, Zardari's lawyer Farouk H. Naek pleaded that his client could not appear before the court in person due to outbreak of coronavirus in the country.

At this, the court ordered National Accountability Bureau (NAB) to make video link arrangement for attendance of the accused so that their indictment process could be completed.

However, the court declared the co-accused Ishfaq Lighari as proclaimed offender due to his continuous disappearance and ordered other fourteen accused to appear on next hearing for indictment. Former chief minister Sindh Syed Qaim Ali Shah was also nominated in the same case.