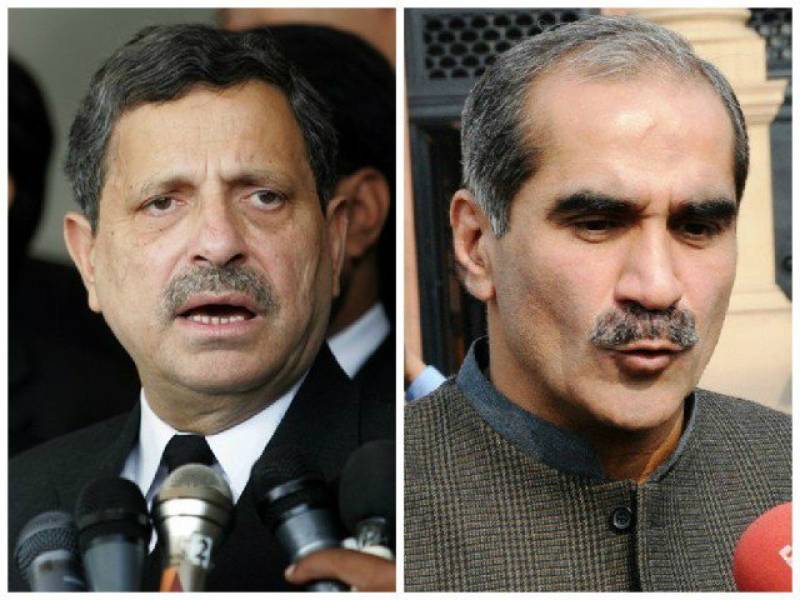 LAHORE (Staff Report) – Following the orders of apex court, the Election Commission of Pakistan on Friday issued the notification of Khawaja Saad Rafique's restoration as Member National Assembly from NA-125.

His MPA Mian Naseer Ahmad has also been restored after the notification.

The Supreme Court of Pakistan had earlier suspended the decision of a election tribunal in which the judge had ordered re-election in the Punjab Assembly’s PP-155 constituency.

Saad Rafique had challenged the election tribunal’s decision of re-election in the Supreme Court.

Last week, Faisalabad Election tribunal judge Javaid Rashid Mehboobi had ordered re-election in Lahore’s NA-125 and PP-155 constituencies after irregularities on the seats were proven during the 2013 general elections. The Election Commission of Pakistan also de-notified Saad Rafique as Member National Assembly in light of the tribunal’s decision.

“I will fight the case on merit,” said Rafique while speaking to media representatives after the hearing. “It was highly painful for me to be accused of dishonesty.”

“I am hopeful that the truth will become evident, as we have not done anything wrong,” the PML-N leader further said.

The one-page statement released by tribunal had said that the ballot bags had been opened with a sharp object and the records had been tampered with.

Rafique and Mian Naseer Ahmad, both of whom belonged to the Pakistan Muslim League – Nawaz (PML-N), had won the 2013 general elections from Lahore’s NA-125 and PP-155 constituencies respectively.

Rafique had secured 123,416 votes whereas his contender Hamid Khan had obtained 84,495 votes from NA-125 constituency.

Pakistan Tehreek-i-Insaf’s (PTI) Hamid Khan had challenged Rafique’s victory, alleging that the PML-N candidate had rigged the elections, and a large number of bogus votes were cast in his favour.

NA-125 is among the four controversial constituencies — the other three being NA-110 (Sialkot), NA-122 (Lahore) and NA-154 (Lodhran) — where PTI had demanded for voters’ thumbprint-verification in the hope of finding a solution that might be acceptable to all concerned.