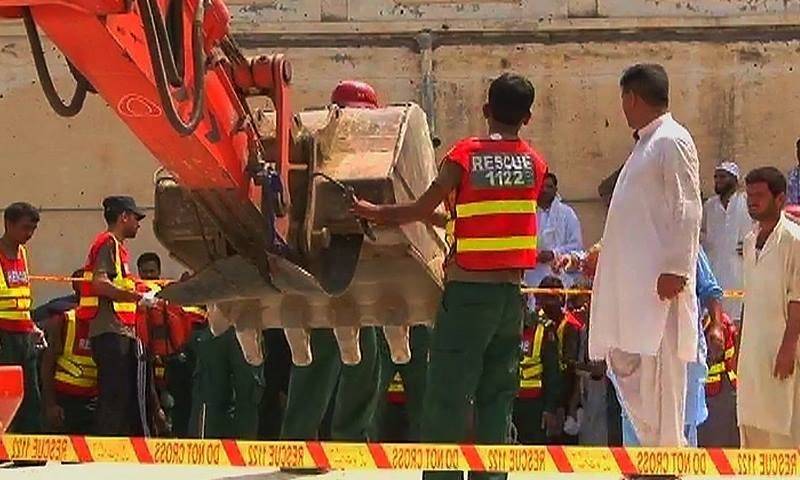 ATTOCK (Staff Report) - At least nineteen people have been killed while twenty others got injured in a suicide blast at the house/political office of Provincial Interior Minster Col (r) Shuja Khanzada situated in village Shadi Khan in Attock here on Sunday.

The minister was also killed when the roof of the "dera" caved in after the blast.

The suicide bomber entered the building disguised as a visitor and blew himself up.

Police and Rescue teams reached the scene and started shifting the injured to hospital. Rescue 1122 spokesperson has confirmed five deaths so far.

According to reports, a jirga (reconciliatory meeting) was underway at Khanzada’s political office in Shadi Khan village when a suicide attacker entered and detonated his explosives. The blast caused the roof of the office to collapse under which Khanzada and other people were said to be trapped.

"Between 20 to 25 people were trapped under the rubble. Police personnel, the bomb disposal squad and some rescue workers had reached the spot to start a rescue operation", eyewitness said.

Rescue operations are underway at the scene of the attack. A helicopter has been called in to speed up rescue efforts.

Shuja Khanzada was given charge of the home department in Oct 2014. He previously held positions as Provincial Minister Punjab and Advisor to the Chief Minister Punjab.

The home minister had recently claimed that Lashkar-e-Jhangvi’s feared leader Malik Ishaq had been taken down under the National Action Plan, a statement that seemingly went unnoticed in the press and was contradictory to the police’s statement that the dreaded terror chief and his close aides, including his two sons had been killed by firing of their own colleagues during an attempt to rescue him from police custody in Muzafffarabad last month.

He directed the federal and provincial institutions for carrying out immediate rescue activities.

He also directed for provision of helicopter from the Interior Ministry for shifting the injured on emergency basis.

UPDATE: The ISPR said that special search and rescue team have been dispatched by helicopter to aid in the rescue operation in Attock.

Hospitals in Rawalpindi and Islamabad have been put on high alert due to the high number of expected casualties from the explosion.