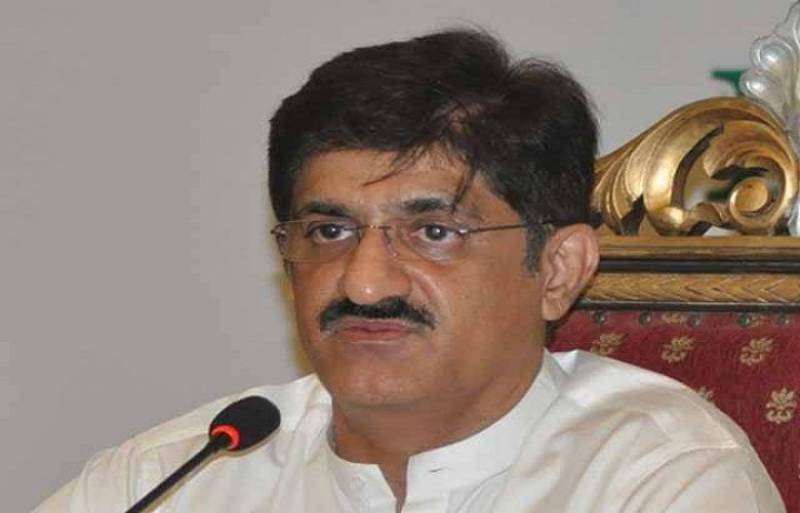 KARACHI (Web Desk) - Chief Minister Sindh, Murad Ali Shah, has said that former petroleum minister Dr. Asim Hussain should be punished subject to the condition that he is found guilty.

Murad, while talking to a local television on Monday, also expressed his concerns regarding the confessional video leakage of Dr. Asim.

“The Sindh government does not run through remote control, but it runs with consultations. Neither Rangers nor Interior Minister Chaudhry Nisar Ali Khan had contacted regarding Rangers special policing powers. Rangers are given the same powers which they had in September 2013," CM said.

He maintained that the imprisoned mayoral candidate, Waseem Akhter, should become mayor of Karachi if majority elects him.

Admitting to the fact that Pakistan People’s Party had been accused of an embezzlement worth $230 billion, CM Sindh said he did not agree with National Accountability Bureau (NAB) law.

It is relevant to mention that former petroleum minister Dr. Asim was nabbed in August 2015. He was termed as a close affiliate of ex-President Asif Ali Zardari.The senior PPP leader has been indicted in a corruption case of Rs. 462 billion along with five others.

The National Accountability Bureau (NAB) alleged that Hussain abused his position while he was working as petroleum minister to grant tenders to his favored bidders, which caused serious harm to the public exchequer.

He was also charged for misinforming the Council of Common Interests (CCI) on matters related to natural gas. He was also allegedly involved in creating an artificial shortage of natural gas during the PPP government.

Dr. Asim Hussain also used unfair means to obtain land from Karachi Development Authority for the Ziauddin Trust Hospital in Karachi, NAB officials alleged in the charge-sheet submitted against him.