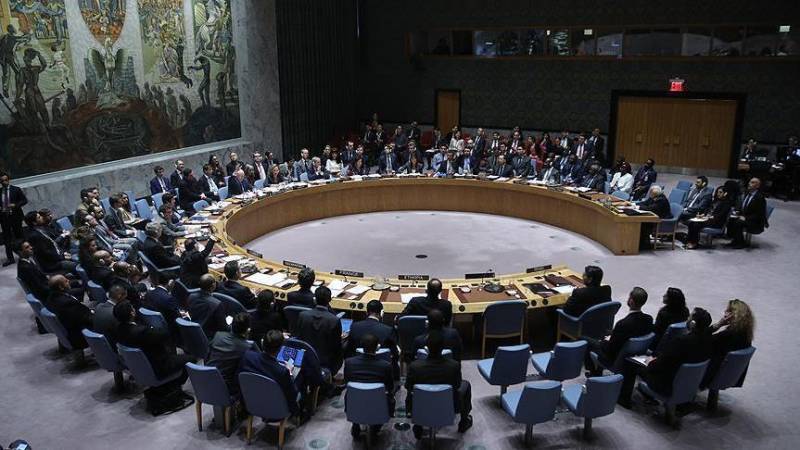 NEW YORK - The UN Security Council met behind-closed-doors in New York today to take up Pakistan’s request for the 15-member body to deal with the grave situation in occupied Kashmir.

During the meeting, China expressed serious concerns on the situation in Jammu and Kashmir, human rights abuses and unilateral actions with regards to the situation.

Though an official word from UNSC is awaited, Pakistan's Permanent Representative to the UN Maleeha Lodhi said the convening of the session confirms that Kashmir is not the internal matter of India; Lodhi said India tried its best to stop the current UNSC session.

The voice of the Kashmiri people has been heard today at the highest diplomatic forum of the world, Pakistan's UN envoy Maleeha Lodhi sayspic.twitter.com/RDtOj5y0wS

Meanwhile, Pakistan's Foreign Minister Shah Mehmood Qureshi said that bilateralism on Kashmir is buried as UNSC session attests that it is an international issue concerning international security and peace.

He also congratulated the people of Pakistan for the ongoing developments regarding Kashmir as well as the media coverage in this regard.

New Delhi had abolished the special status of the disputed region through a rush decree a week earlier.

Talking to reporters, the Polish Ambassador Joanna Wronecka, who is the president of the Security Council for the month of August, told that the Council is likely to hold consultations on the situation in Jammu and Kashmir.

She said the request for consultations was made by China, a permanent member of the Security Council.