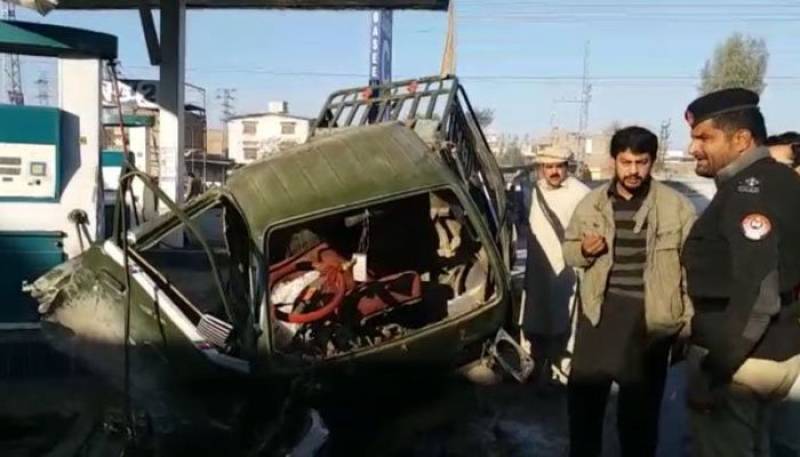 PESHAWAR - As many as 11 people were left injured in a gas cylinder explosion at a fuel station on Charsadda Road, Peshawar early Saturday.

According to police and rescue officials, a pick-up van carrying 11 passengers was getting CNG filled at the fuel station when it exploded.

Rescue officials detailed that seven of the injured were administered first aid at the site whereas four were shifted to Lady Reading Hospital for further treatment.

According to sources, the vehicle was carrying a locally-welded CNG cylinder which failed to withstand the gas pressure during filling and thus leaked, causing an explosion.

Police officials said they are inspecting the vehicle.