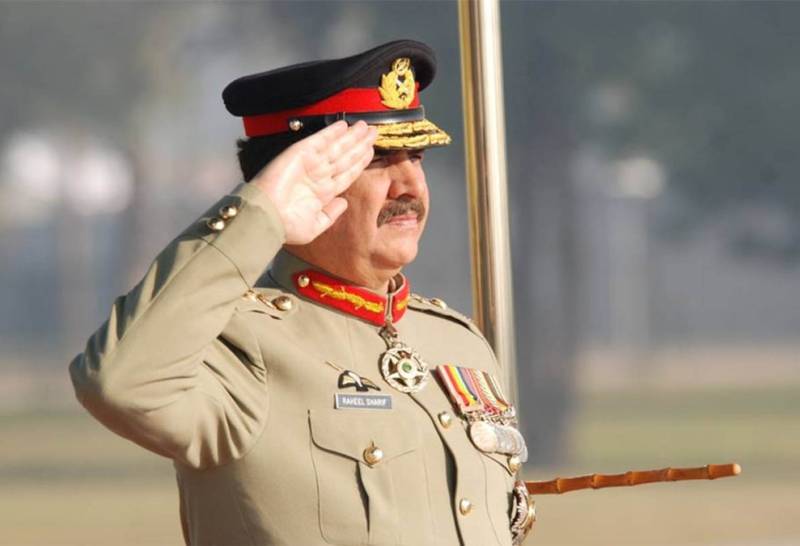 ISLAMABAD - The Supreme Court has ruled that the appointment of General (retd) Raheel Sharif as the head of the Islamic Military Alliance (IMCTC) shall cease with immediate effect if the federal government does not grant him a No Objection Certificate (NOC) within a month.

In a verdict regarding the dual nationalities of the top officials, a three-member bench headed by Chief Justice Mian Saqib Nisar stressed that the officials should choose between their dual nationality or job.

A judgment issued by the bench categorically mentioned that the NOC for the appointment of the former military chief should be issued by the cabinet.

“Let the secretary, Ministry of Defence file a report in this regard within one month from the issuance of this judgement and in case the requisite NOC is not granted by the cabinet within such time, the foreign employment of General (retd) Raheel Sharif shall cease with immediate effect,” says the verdict.

ISLAMABAD – The Supreme Court on Saturday directed the federal and provincial governments not to appoint dual ...

The judgement stated that as per the documents, NOC was issued by the General Headquarters (GHQ) and the Ministry of Defence, but according to Section 3 of the Act of 1966, the federal government can grant permission to a former government servant to seek or join foreign government or agency.

The court was informed that former spy chief, Lt General (retd) Ahmad Shuja Pasha, had filed a duly signed certificate, wherein it is stated he did not take up any foreign employment outside Pakistan after his retirement.

The apex court also directed the federal government to submit annual reports to parliament regarding the implementation of the Act of 1966 which bars employment of former government servants with foreign governments and agencies.

Regarding the armed forces, the judgment says, “According to the secretary, Ministry of Defence, recruitment of dual nationals is not permitted therein for which there exist relevant policies of the Army, Air Force and Navy; any dual nationals are required to surrender their foreign nationality prior to enrolment for induction in the armed forces of Pakistan.”

According to the secretary, Ministry of Defence, this position is reflected in the advertisements for recruitment and presently, there are no dual nationals recruited in such forces.

However, as directed vide order dated August 1, 2018, the Ministry of Defence secretary is required to continue the exercise to ascertain whether any dual nationals have been recruited in the armed forces on the basis of misdeclaration, concealment or non-disclosure and requisite action be taken in accordance with law by the concerned authority, stated the verdict.

On September 24, the apex court had reserved its verdict on the case and had issued notices to the attorney general and the four provincial advocate generals in this regard.