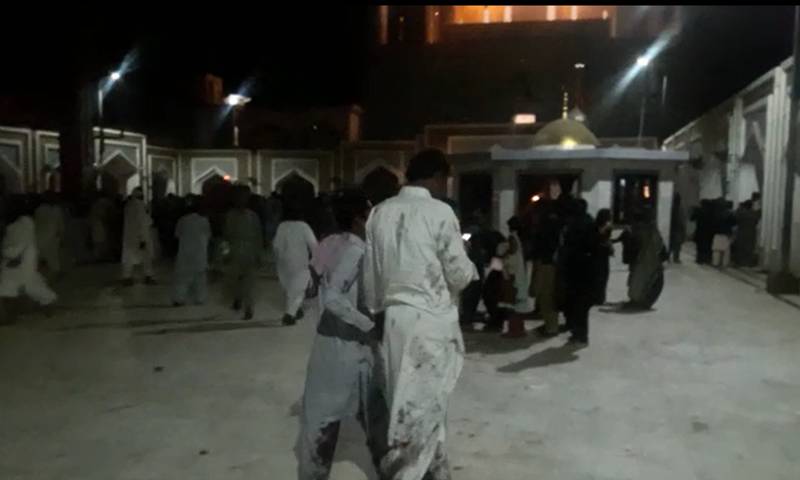 JAMSHORO - Islamic State has claimed responsibility for a suicide attack on Lal Shehbaz Qalandar shrine in Sehwan Sharif that killed at least 72 people and injured about 250 on Thursday.

Isis claimed responsibility for the massacre via its Amaq news agency, saying a "martyr of the Islamic State" detonated his vest at what the group described as a "Shia gathering".

“The explosion took place when a large number of people were inside the shrine boundary,” a local police officer said. “A huge number of people come to the shrine every Thursday to take part in ritual dances and prayers. It is not possible to ensure the security of every person coming and going.”

Contingents of police have reached the shrine that is situated slightly off the Super Highway in Sindh province. Hundreds of people gather at the Sufi saint’s shrine every Thursday for religious rituals.

Pakistan has seen a spike in terrorist attacks in recent days, including an attack on peaceful protesters in the heart of Lahore, a bomb in Quetta that killed two police officers and an explosion in the frontier city of Peshawar.

The militant group is not thought to have an extensive organisation in Pakistan, but has forged close ties with local terror outfits including a faction of Lashkar-e-Jhangvi, Guardian reported.

Isis also claimed responsibility for a deadly attack on police cadets in the city of Quetta last year.