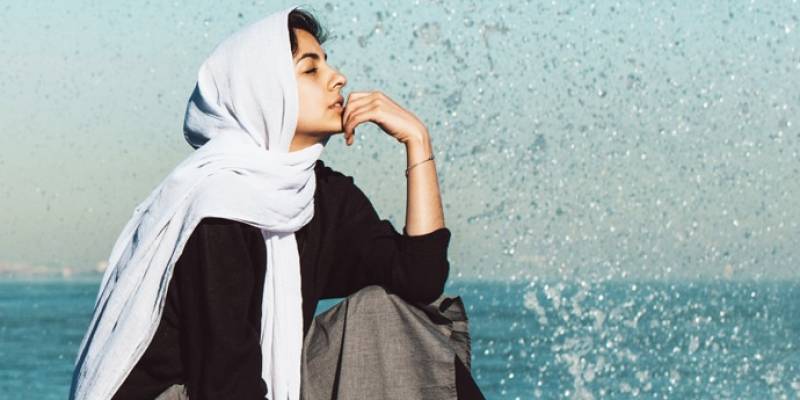 CHICAGO - Hoda Katebi is a University of Chicago graduate, and has released released a book of photos as an extension of her fashion blog 'JooJoo Azad', though which she hopes to "challenge both Western Orientalism and domestic Iranian mandatory dress codes."

Things were going well until Hoda was asked a question way off from the interview. The host asked Hoda "Let’s talk about nuclear weapons. Some of our viewers may say we cannot trust Iran. What are your thoughts?"

To which she replied, "I don’t think we can trust this country [the US]. When we see the legacy of this country and the violence that it has not only created but also created the capacity for, a lot of these weapons in the Middle East are completely brought in by the Unites States."

What happened next were a series of 'Islamophobic' remarks including the TV host telling Hoda that she doesn't sound 'American enough'.

The interview then got back to 'normal' and continued discussing Hoda's upcoming fashion show.

So last week I was told, on live TV, that I "don't sound American" because I refused to let the hosts turn a conversation about my book and work into a conversation about Iran's supposed nuclear weapons. I published the clip, and some thoughts, here--https://t.co/BQa2j0hNTJ

She also thanked people for the immense support she got after the incident and updated everyone of the status of the events that took place afterwards:

Few updates: 1/ First, I can't thank you all enough for your love & support, it's so refreshing & appreciated! I hope we continue to support Muslim women & women of color who challenge state violence/bias, whether that is laughing through an interview or demanding #FreeAhedTamimi

2/ WGN just called and Robin, the female anchor, sincerely apologized. (I also didn't realize so many of you called in! Like I said, ya'll on top of this -- thank *you* for making this happen and refusing to normalize this)! I accepted, and proposed a few ways to fix this --

3/ One proposal I suggested of course, is for WGN to publish a reading list I put together & do an on-air interview where we discuss what happened for their audience, what went wrong, and then to talk about Fanon, Assata Shakur, Edward Said, etc, & American imperialism 😇

4/ They're going to get back to me on this idea, but in the meantime if you have any further ideas let me know hehe ;) The apology was important, but it's also important to be able to use this moment as a teaching tool, and prevent it from happening again. Let's raise the bar.