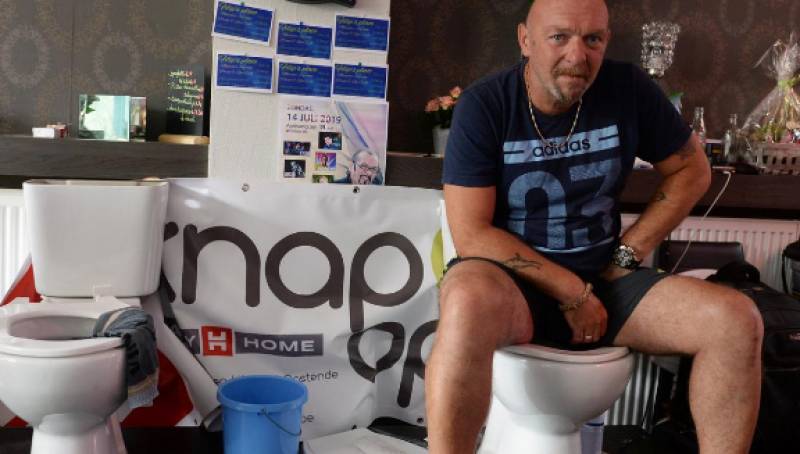 OSTEND - Jimmy De Frenne, a Belgian man had parked himself on a potty in a bar for almost five days in an attempt to set a world record.

Frenne was allowed to get off the pot every hour for five minutes. And, in an unexpected twist, he was also allowed toilet breaks, as his competition toilet was not connected to plumbing.

During his bathroom break, the toilet-sitter checked his phone, enjoyed hearty meals and chatted with friends and family. Also, during the challenge,  Frenne was allowed to get off the pot every hour for five minutes.

The challenge was not as easy as it looked. De Frenne says his legs hurt and that he was tired. He ended up clocking in at 116 hours.

Till now, There is no official world record for the sitting on a toilet, but while having a talk with media officials, De Frenne said that he had discovered someone else had done it for 100 hours before.

De Frenne also shared that Guinness World Records was aware of the record attempt and that local officials and witnesses were making checks to validate it.

No one was immediately available for comment at Guinness World Records.