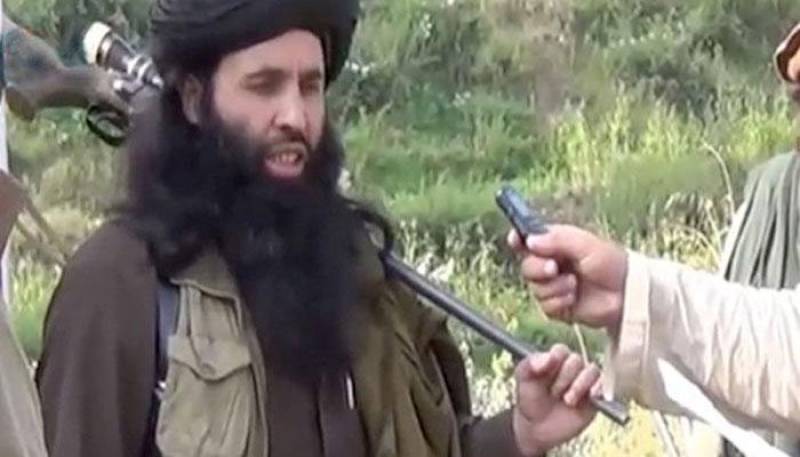 PESHAWAR - A day after Afghan and American official confirmed the death of elusive chief of Tehrik-i-Taliban Pakistan (TTP) Mullah Fazlullah, a senior journalist on Saturday made shocking claims, rejecting the reports.

Sami Yousafzai, a journalist in Pakistan and Afghanistan who has covered militancy, Al Qaeda and the Taliban since 9/11 attack, on his Twitter handle revealed that the most ferocious chief is alive.

Yousafzai said that a senior and reliable militant source in Afghanistan has rejected the reports about death of Mullah Fazlullah. The sources said, " he just survived"

When the journalist asked him how the TTP chief survived, "he said US previously claimed IS Afghanistan head Abdul Rahman also killed in aug17 [August 2.017] but he is also all well&alive".

On Friday, the reports regarding killing of Mullah Fazlullah and his four commanders during a US drone strike surfaced and that were, later, confirmed by the Afghan authorities.

President of Afghanistan Mr Ashraf Ghani called COAS and shared news about killing of Mullah Fazal Ullah (MFU) in a drone strike in Kunar Province of Afghanistan. MFU was hiding there since 2009 and masterminded scores of terrorist attacks against Pakistan including APS. pic.twitter.com/6TltYn46nL

Retweeting the post of Sami Yousafzai, renowned Pakistani journalist Hamid Mir said, "If Mullah Fazalullah is alive then Afghan President should resign because he is calling people and claiming that TTP head is dead".

If Mullah Fazalullah is alive then Afghan President should resign because he is calling people and claiming that TTP head is dead https://t.co/rVxyMIkSuh

A Pakistani newspaper has also shared pictures of purported grave of the head of the outlawed organisation.

TTP has also not confirmed the death of its senor leader. Earlier, the reports regarding killing of Fazlullah had surfaced in 2015 but turned out to be fake.

Fazlullah was involved in high profile attacks such as December 2014 attack on the Army Public School in Peshawar that killed 151 people, including 132 students. Following the attack, Pakistan Army launched high-level campaign against them, forcing them to flee the country.

The US also said Fazlullah ordered the 2012 attempted assassination of Malala Yousafzai, a Pakistani Nobel laureate.

Fazlullah had been on the run since his loyalists were routed in a major military operation in Swat district of Khyber-Pakhtunkhwa in 2009.