Pakistan shares Intel with India, US on possible terror attack of IED-vehicle in IoK 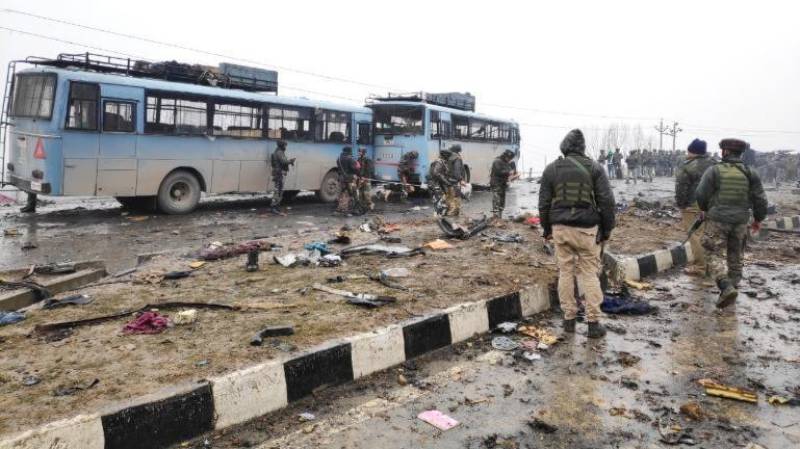 LAHORE – Pakistan has shared credible intelligence reports with authorities in India and United States regarding a possible terror attack using an improvised explosive device (IED) mounted on a vehicle in the Indian Occupied Kashmir (IoK).

According to the Indian Express, after Pakistan’s input shared just days ago regarding a possible militant attack the security in the held-valley has been put on high alert.

A top security official in Srinagar has confirmed that the information shared by Pakistani authorities has suggested the possible attack could occur in Pulwama district, probably near Awantipora, adding that Pakistan has shared the intelligence report with the Indian High Commission in Islamabad.

Officials in the United States (US) have also informed India regarding the possibility of such a terror attack after Pakistan shared the same Intel with relevant authorities in the US.

The report revealed that the attack is being apparently planned to avenge the killing of Zakir Musa, who was killed in an operation in the Tral area last month.

Zakir Musa launched and headed an Al-Qaeda affiliate called Ansar Ghazwat-ul-Hind in the Indian held Kashmir after breaking away from the Hizbul Mujahideen in May 2017.

According to Indian police sources, the Al-Qaeda affiliate group; Ansar Ghazwat-ul-Hind Ansar had an estimated a dozen militants and now they have been down to two to three militants.

Earlier, relations between the two countries had deteriorated following an attack on Indian forces in Pulwama area of Indian-Administered Kashmir. The Pulwama attack claimed the lives of over 40 Indian paramilitary troops.

India blamed that Pakistan was responsible for the attack, however, Pakistan refuted the claim and offered its assistance to find the true culprits.

After the attack, India launched the Balakot airstrikes on February 26, and Pakistan had retaliated and downed two Indian Air Force (IAF) aircraft and arrested one of its pilots on grounds, the following day.

However, tensions between the two nuclear-armed neighbouring countries were deescalated after Pakistan returned the captured IAF Wing Commander Abhinandan.