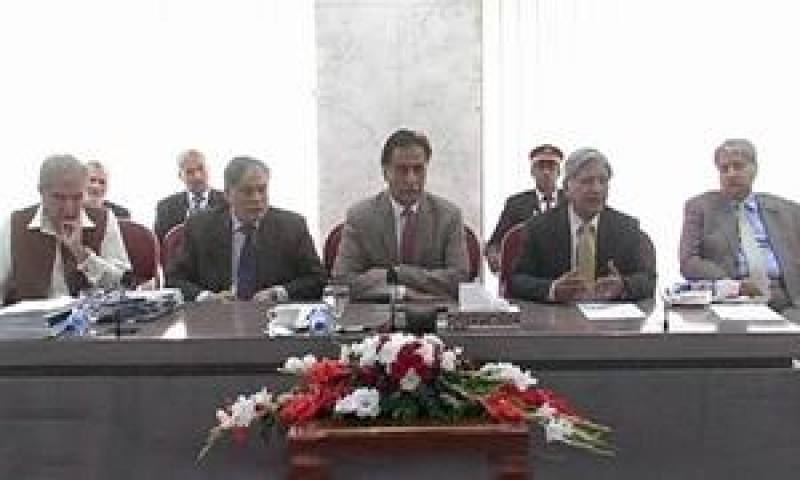 ISLAMABAD - After a long tussle in military courts, the federal government and Pakistan Peoples Party (PPP) reached a consensus on giving an extension to military courts conditionally for two years.

According to local media, the PPP has voluntarily withdrawn five of the nine suggestions which had been given by the opposition party to include in the draft bill.

Senator Aitzaz Ahsan, who was heading a four-member PPP team, said four of the nine recommendations proposed by the party will be included in the bill to revive military courts.

The government has accepted the following four demands of PPP;

Suspect to be produced within 24 hours before the courtconcerned.

Suspect to be supplied with grounds of arrest within 24 hours.

Suspect shall have right to engage A counsel of his choice.

On Wednesday, talking to media PPP’s Senator Aitzaz Ahsan said, “There has been no development on the issue so far, and we have not reached a point regarding the draft bill regarding military courts yet.”

He added that there is no chance that PPP will hold further discussion with the government to negotiate the proposal.