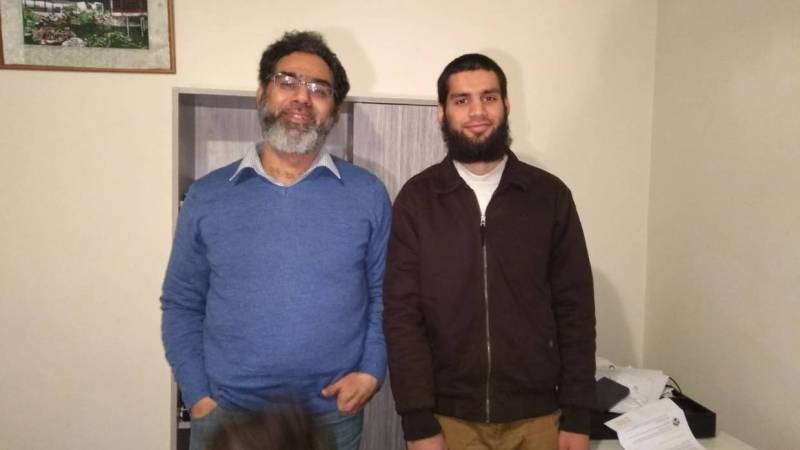 ABBOTTABAD - The mother of martyred Naeem Rashid, who resisted and tried to overpower terrorist during attack on Masjid Al-Noor in New Zealand, has sought the help of authorities in getting visa for funeral visitation of her son and grandson.

Addressing a press conference at her residence in Abbottabad on Saturday, she said that her daughter-in-law was alone in New Zealand and needs support and help of family in these moments.

Naeem Rashid, 50, originally from the Pakistani city of Abbottabad, was in the Deans Ave mosque with his 21-year-old son, Talha Naeem, for Friday prayers. As Rashid tried to overpower the gunman – 28-year-old Australian Brenton Tarrant – during a mass shooting at Masjid Al Noor mosque in Christchurch on Friday afternoon, aimed at protecting fellow worshippers, he got seriously wounded.

In the horrific video, documented live by the white extremist, Rashid was seen rushing to the gunman without a weapon in a bid to avert the attacker with just his bare hands even while his own son Talha got shot at the mosque.

The hero was left badly wounded after he launched himself at the shooter in a bid to protect fellow worshippers.

He was rushed to hospital following the attack, but died after few hours.

The man hailed from Abbottabad city of Khyber Pakhtunkhwa in Pakistan and also worked with a private bank before moving to Christchurch, where he worked as a teacher. Rashid recently worked for the Kiwi Institute of Training and Education.

WELLINGTON - A Pakistani origin man, who tried to disarm Australia-born gunman during an active shooting at a mosque in ...

Up till now 6 Pakistanis-origin individuals have been confirmed dead in the horrific attack that sent shock waves across the world. Pakistan's Foreign Minister has assured support to the families of the victims and the Foreign Office has set up a helpline for the bereaved family members to visit New Zealand.

Immediate family members of victims of terrorist attack in New Zealand can apply for Visa at;
http:/ https://t.co/y4cT4uRYCC
1/2

As many as 49 Muslims were martyred at two mosques in central Christchurch on Friday; forty-one people were shot dead at the Deans Ave mosque, seven were killed at the Linwood Ave attack, and one person shot in the second mosque attack died in hospital.