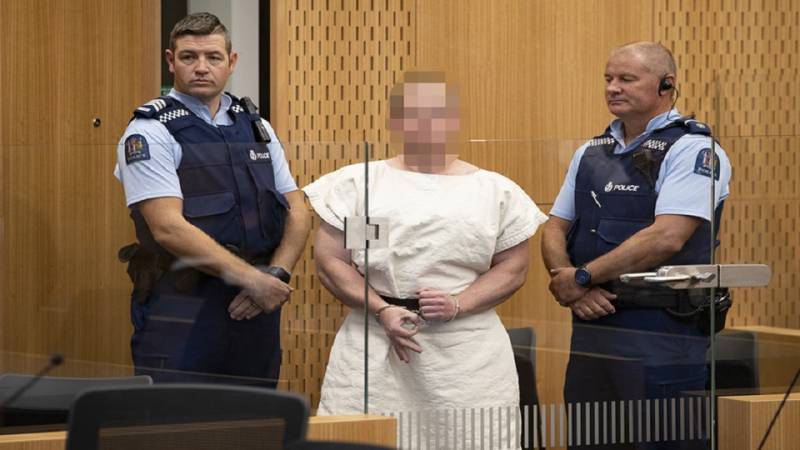 The extremist, identified as 28-year-old Australian Brenton Harrison Tarrant, was to be remanded in custody after his appearance at the Christchurch District Court, with no bail requested.

Police arrested the man yesterday afternoon, who posted a video of the attack, identified as Brenton Tarrant along with three others after the terror attack at two mosques.

Tarrant had published a racist manifesto on Twitter before going on to live-stream his rampage, which left at least 49 people, including women and a four-year-old child, dead.

Brenton appeared in the heavily secured courtroom dressed in a white prison smock. The police said that none of the arrested suspects were on security watchlists in New Zealand or Australia.

Commissioner Mike Bush said weapons were found near the mosques and that the military force had also disarmed two explosive devices.

A second man Daniel John Burrough, 18, of Christchurch has been charged with intent to excite hostility or ill will against any group of persons in New Zealand on the ground of the colour, race or ethnic or national origins, published written matter which is insulting.

There was no application for bail and Tarrant has been remanded in custody until April 5.

At least four Pakistani nationals are being treated for injuries sustained in a terrorist attack, while another five Pakistani-origin men have been missing after the deadly shooting in central Christchurch.

Update on New Zealand terrorism incident - 4 Pakistanis injured and being treated in hospitals - 5 Pakistanis are missing. Identities are being authenticated in consultation with local authorities.