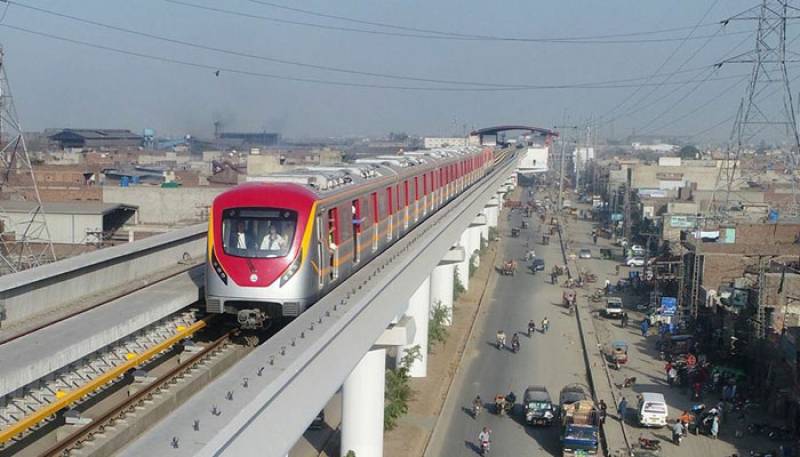 The trip is scheduled from Dera Gujran to Lakshmi Chowk, a stretch spanning 12-km long portion of the route.

The chief minister took a tour of the train along with Chinese consular general, engineers and senior officials of the Punjab government.

On the occasion, Shehbaz expressed his excitement and joy, saying "there is a particular class that has consistently been opposing the public welfare projects like OLMT since the day one."

"Orange Line is a gift for honourable citizens of my country. IA we’ll introduce such facilities in other parts of Pakistan as well esp Karachi & Peshawar," he added.

"Teachers, students, common citizens, labourers and people from all walks of life will benefit from Orange Line Metro Train"

Talking about the project Shehbaz said, "OLMT is not just a one development project. Rather, it is the manifestation of democratic resolve to serve the common man.

"The OLMT project will transform people’s lives. The project will become the basis of an interaction between different classes of society by creating a sense of equality and ownership in social terms."

All set for the test run of Orange Line Metro Train. pic.twitter.com/ZSf3i1tJ9M

The estimated cost of the project is around $1.65 billion while the provincial government earmarked Rs93 billion - the largest amount ever allocated to a single project - in the last budget.

The first trial run of Orange Line Metro Train was carried out this February after the apex court set aside a stay order given by the Lahore High Court (LHC) to halt construction on the mega project.