Respect the civilians, bow down before parliament, Javed Hashmi rages at Pak Army 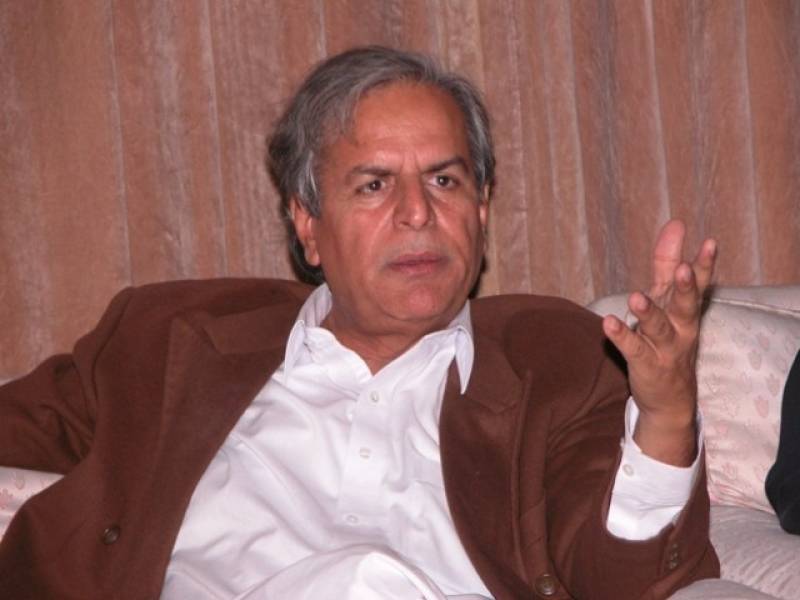 MULTAN -  Pakistan Muslim League-Nawaz senior leader Makhdoom Javed Hashmi denounced the role played by the military establishment in the political arena, in blunt remarks, calling the armed forces to respect the civilian government and comply with the directives of the parliament.

Addressing a press conference in Multan, Hashmi expressed he salutes the armed forces but hastened to add that it was his right to question them.

Stressing that the armed forces must understand their role in a democratic system, the veteran politician slated top generals and said that Pakistan lost five wars to India due to poor strategy of adventuresome generals.

"80 percent generals wrote in their books that all the five wars were launched by Pakistan and Pakistan lost them all too," claimed the politician.

Hashmi also drew a comparison between the armed forces of Turkey and Pakistan, saying the former enjoyed upper hand in the country as it rendered sacrifices.

"Army is not our mother or father. Instead, Pakistan and parliament are our father and mother," he asserted.

In a direct reference to the establishment, the PML-N leader said that conspiracies were hatched to oust Nawaz during his stint, for which he was a living proof.

The PML-N leader also endorsed former PM Nawaz’s controversial comments on the 2008 Mumbai attacks saying that “Nawaz has uttered nothing but the truth.”

“If the registration of high treason case is due against Nawaz Sharif, then first it should be lodged against ex-president Gen (retd) Pervez Musharraf. I am a great fan of Pakistan Army and appeal them to play their role in preventing character assassination campaign of the politicians," he asserted.

The senior politician continued that a biased narrative was to victimise and defame the politicians and political parties, particularly in the Punjab, but warned that its repercussions would bring about disastrous results.

Echoing the remarks made by Nawaz Sharif, Hashmi demanded to constitute a national commission to probe the facts.

Nawaz Sharif demands commission to probe treason allegations against him

"Only politicians had played a role in creating Pakistan and they were the prime target in the current situation. When you started penalising and defaming politicians, how will you survive in the world," he questioned.

The former legislator also took aim at the superior judiciary and said that the courts were only present to hang politicians to death.

"If you are to hang Nawaz Sharif, hang me too," said Hashmi in clear-worded remarks.

He also slammed the National Accountability Bureau and said that it was a third class institution adding that the NAB court had become a washing machine in which politicians were dry-cleaned.

The former lawmaker also censured his former boss, Imran Khan and highlighted that the person who was declared Indian agent by military leadership was sitting with the PTI chairman.

"Imran Khan was being defamed for sit-ins but in fact, he got trapped and used by them due to his desire to become Prime Minister. " said the politician.